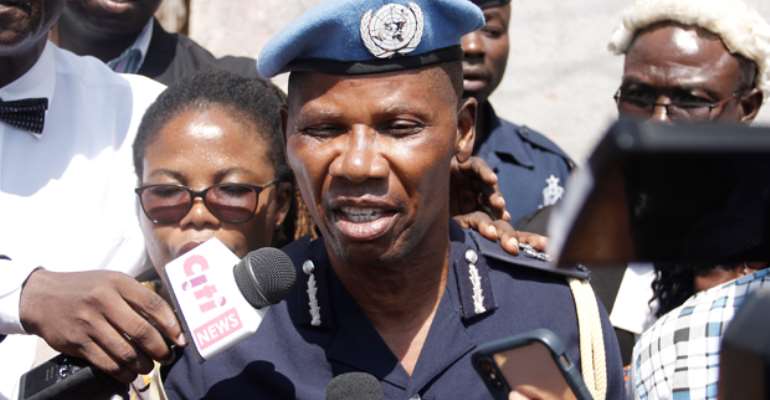 The Attorney General's Department has filed a notice of appeal challenging the decision by an Accra High Court to grant bail to the embattled ACP Benjamin Agordzo.

The embattled top police officer is among a number of people including military personnel who were arrested last year for allegedly abetting a group of individuals who were planning to overthrow the current government.

The matter is still at committal stage before a Kaneshie District Court in Accra so his lawyers applied for bail for him pending the trial at a High Court presided over by Justice Charles Ekow Baiden.

A source at the AG's Department confirmed that the office filed the appeal on Wednesday before the court, a day after the grant of bail.

An Accra High Court last Tuesday granted ACP Agordzo GH¢500,000 self recognizance bail when the judge held that counsel for the officer was able to convince the court that his client would not interfere with investigations or abscond from the trial when granted bail.

In his ruling, Justice Baiden held that the prosecution could not convince the court that ACP Agordzo is capable of escaping from trial if he was granted bail and also could not prove that he was going to interfere with investigation.

ACP Agordzo was then ordered to report to the Inspector-General of Police (IGP) or his representative in writing for that purpose twice every week for three months after which he is to report there once a week.

He was also ordered to report to the Director-General of the Bureau of National Investigations (BNI) or his representative once a week for three months and once every fortnight after that.

ACP Agordzo was also ordered to submit his passport to the court registrar.