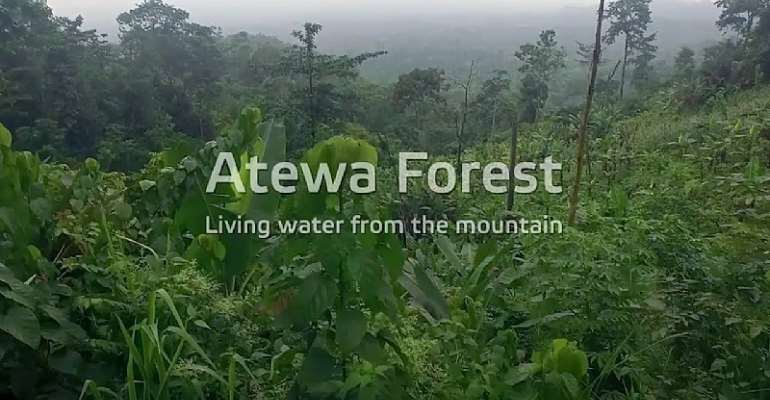 The Chiefs and elders within the Atewa enclave have distanced themselves from a protest organised by members of the Concerned Citizens of the Atewa Landscape to stop government plans to mine bauxite in the Atewa forest reserve.

The youth, on Tuesday, embarked on the march from Sagyimase to Kyebi claiming that the forest, which provides drinking water to five million people and harbours over 100 wildlife species, would be destroyed if the government goes on with its plans to mine its bauxite.

Read full statement below:
THE CHIEFS AND ELDERS WITHIN THE ATEWA ENCLAVE RESPOND TO THE MISREPRESENTATION BY THE CONCERNED CITIZENS OF ATEWA LANDSCAPE’S DEMONSTRATION AGAINST BAUXITE MINING

More so, we are surprised the organisers did not involve the main communities that will be impacted directly by the bauxite mining activities as stated in their press release and neither did they consult with Nananom, yet they are claiming all the people within the fringes of the Atewa Forest Reserve are in support of the demonstration.

We want to make it clear to the organisers, and their supporters that they cannot force their wishes on the people of Atewa, and that we have had consultations with GIADEC and are optimistic the bauxite mining within the Atewa range will not be as reckless as being portrayed by them, on the contrary, we are willing to work with Government to achieve his vision of developing an Integrated Aluminum Industry in Ghana.

It must be noted, the demonstration was staged on our blind side, and we are aware the demonstrators are not indigenes, rather they were transported from West Akyem and Kwaebibirem Districts, which do not make up the entire communities surrounding the reserve.

Again, the organisers are saying that they want the place to be earmarked for a national park, a view which is contrary to that of the people of Atewa.

We must emphasize that we are not aware of any chief, or community that is against the bauxite mining but rather, the consensus is for us to continue engaging the government to ensure the project is implemented in a responsible and sustainable manner.

GIADEC, an entity established by the government to develop bauxite deposits in the country is currently engaging with us and has explained that they would ensure that our major river sources will not be affected.

For over a hundred years, the Atewa Forest has remained a reserve but lately, the forest is fast losing its biodiversity potential due to illegal logging, indiscriminate tree felling and lack of effective management plans for the reserve.

We call on Ghanaians living home and abroad to remember that Ghana beyond aid can only be achieved if we allow the Government through our supervision as citizens to develop our resources competitively and sustainably through innovative ways.

We the under listed chiefs hereby signed this statement on behalf of the other chiefs and community elders of; Appam, Afisa, Ahwenease, Adadientem, Pano, Adukrom, Sagyimase, Bunso, Nsutem, Mampong, and Osino.