How we deduced that our ancestors liked roast vegetables too

By Lyn Wadley - The Conversation 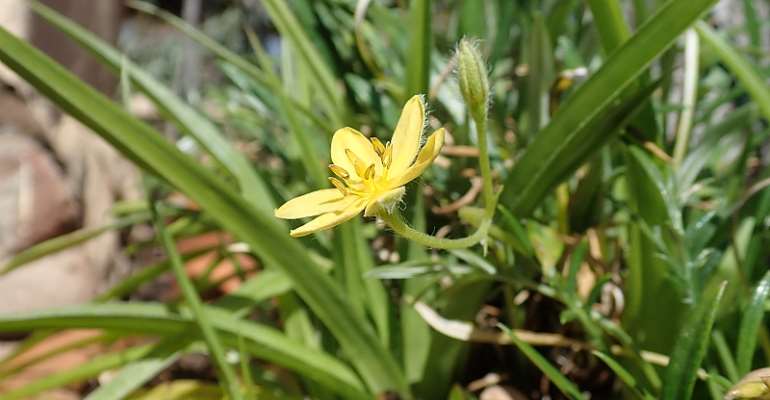 The rhizomes of this flowering plant, Hypoxis angustifolia, were cooked by early humans. - Source: © Lyn Wadley

Archaeological work at the Border Cave site has revealed the earliest evidence for cooked root vegetables. Border Cave lies between South Africa and eSwatini and has a remarkable record of human habitation.

Hot, roasted root vegetables are comfort food, and a plateful of carbohydrate is both satisfying and nutritious. Archaeologists have found that our ancestors thought so, too. A team working at the site has discovered and documented the remains of starchy underground plant stems (called rhizomes) cooked 170,000 years ago.

Border Cave's roasted rhizomes were identified as Hypoxis angustifolia (yellow stars). This was done by comparing their shape and internal anatomy to those of modern rhizomes which today grow in countries along the eastern flank of Africa. The distribution extends much further too, for example into Yemen.

If, as seems likely, Hypoxis had a similar distribution in the past, it would have provided a secure staple food for people travelling within and out of Africa.

Our findings suggest that the food was transported to the cave and then cooked. The food could easily have been consumed directly in the field by the collectors, but our findings suggest this wasn't the case, adding extra information about social behaviour and sharing – and a glimpse into ancient communal behaviour – 170,000 years ago. Food was the focus for satisfying physical and social hunger. 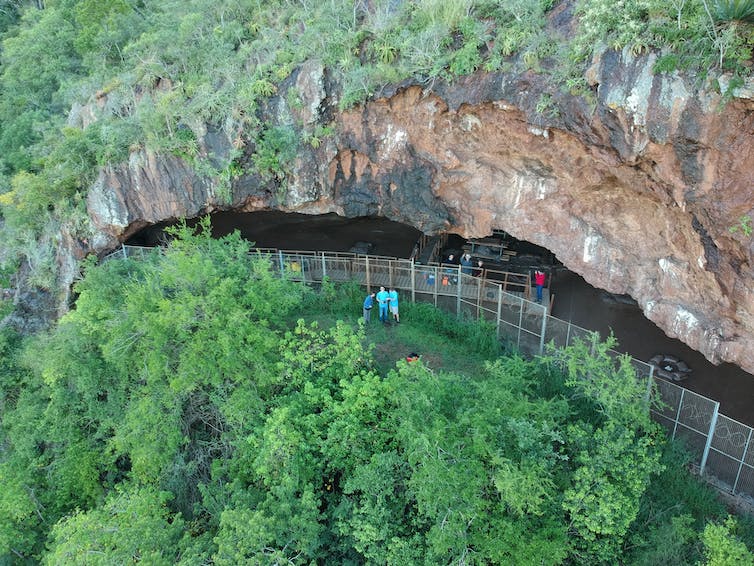 A drone image of Border Cave, a rich source of knowledge about the past because of well documented human habitation in the cave. © Ashley Kruger

Eating habits of our ancestors

Hypoxis angustifolia plants are gregarious so many can be harvested at once. Wooden digging sticks or sharpened bones may have been used to dig rhizomes from the ground.

The food was carried home to the cave, perhaps as a hide-wrapped parcel or a simple bunch tied with leaves.

Wood was also collected for the cooking fire that probably burned to small coals and hot ash before the rhizomes were added directly to the ashes for roasting. Some South Africans are familiar with this cooking technique: as children we made “askoek” (ash cakes) directly on coals and tapped them on rocks to dislodge the ash before garnishing our culinary treasures with apricot jam.

Some of the thumb-sized Border Cave rhizomes were lost in the ashes where they were burned and thus preserved for archaeologists. We know that they were burned while still fresh and “green” because the charred rhizomes have split surfaces. This was caused by shrinkage when moisture was rapidly expelled. Many starchy root vegetables can be eaten raw, but their nutritional content is much greater when cooked (the human gut can then access the glucose better and absorb much more of it).

Cooking made Hypoxis rhizomes easy to peel, and rendered them digestible by releasing glucose and breaking down the fibre. Such treatment was particularly important for the aged members of the group and small children that might otherwise have had difficulty chewing the rhizomes. 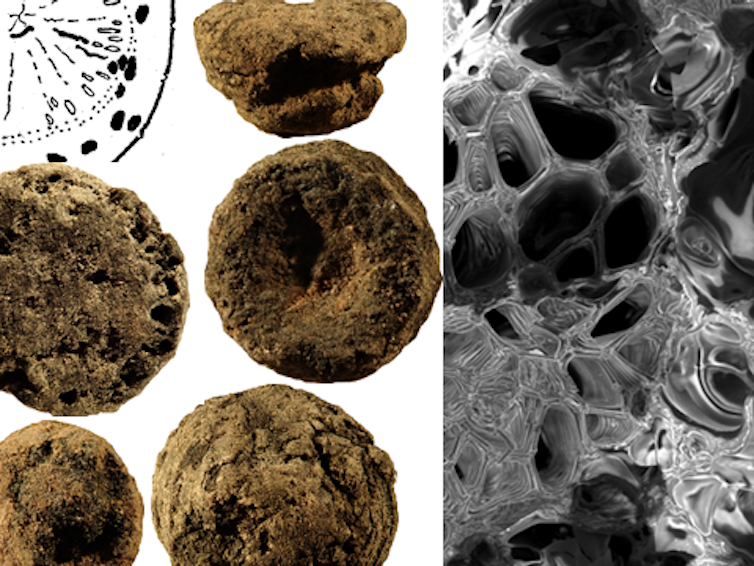 Some Border Cave Hypoxis rhizomes. Each rhizome is about 1.2cm wide. Top left is a diagram of the internal structure of Hypoxis, showing splits in the charcoal, mucilage cavities in black, and white ovals representing xylem bundles. On the right is a bundle of xylem vessels magnified 2,000 times. Lyn Wadley

The Border Cave occupants were modern humans (Homo sapiens) with the same nutritional needs as people today. To enable our large brains to function we need to consume about 100g of carbohydrate per day. Hypoxis rhizomes may have fulfilled that need in the past.

We know, too, that Border Cave dwellers also ate meat because we have recovered the cooked bones of wild animals that were eaten in the cave. In Africa, game meat is lean, especially in the dry season when animals lose weight. Lean meat protein cannot be metabolised by humans in the absence of either carbohydrates or fat.

The addition of some carbohydrate to their diet would then have enabled early humans to process protein effectively. A balanced, healthy diet with a combination of cooked carbohydrate and protein – the “real” palaeo-diet - increased human fitness and longevity. 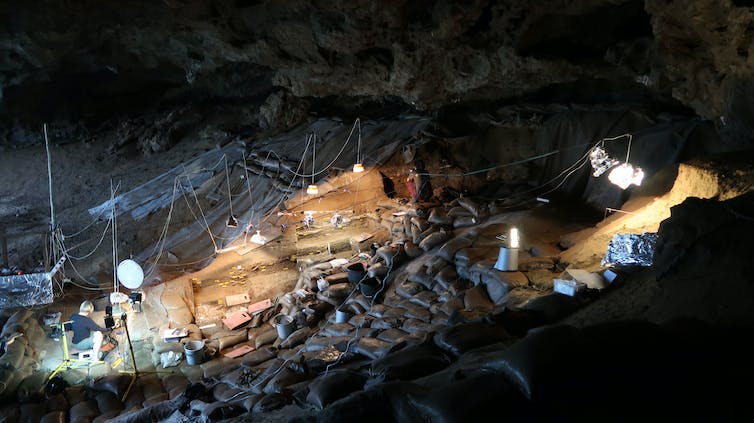 We discovered the first of the rhizomes in 2016 while digging in Border Cave's ashy sediments. The sediments date between 170,000 and 100,000 years ago.

In total, 55 whole charred rhizomes were recovered, all from the same species. We worked together in the field over a period of four years, collecting modern plants with rhizomes so that we could compare these with the Border Cave ones in order to identify them.

With a permit from local wildlife authorities, we surveyed the Lebombo Mountain hillside near the cave for interesting plants with appropriate rhizomes. When a plant could not immediately be identified it was planted in a vegetable garden to await flowering. When each plant was securely identified, its rhizome was charred, examined microscopically, and compared with Border Cave specimens.

Eventually patience was rewarded, and a combination of morphological and anatomical evidence showed that the Border Cave rhizome was a Hypoxis.

Lyn Wadley received funding from the Centre of Excellence, University of the Witwatersrand.

Christine Sievers has received funding from the National Research Foundation

By Lyn Wadley, Honorary Professor, School of Geography, Archaeology and Environmental Studies, University of the Witwatersrand