What's behind violence in South Africa: a sociologist's perspective

By Lindy Heinecken - The Conversation 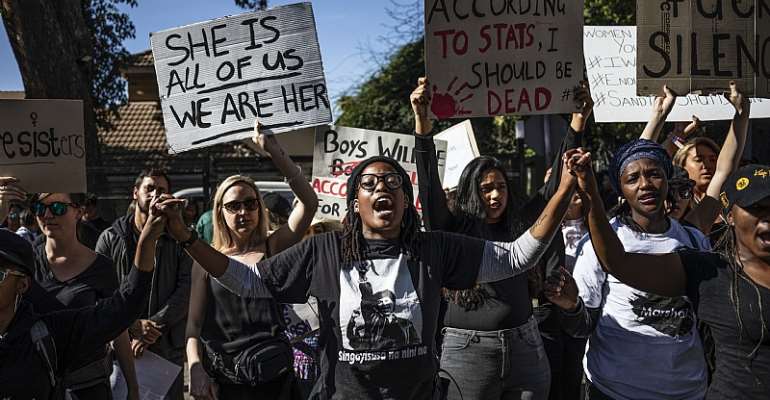 The 2018 Global Peace Index listed South Africa as one of the most violent and dangerous places on earth, and getting worse.

South Africa has a long history of violence. It was used as a tool of power and governance by colonialists to repress and control the indigenous people. The apartheid regime from 1948 used violence as part of its repertoire to gain and maintain social and political control.

Such a culture of violence is hard to stop, especially when it has become a legitimised and institutionalised form of coercion.

South Africans are living with this legacy.

But, to understand the level of violence in democratic South Africa, it is useful to engage with the work of the Norwegian sociologist Johan Galtung. He identified three main sources of violence: direct, structural and cultural. These provide a useful lens to understand the underlying causes of conflict that fuel violence and undermine positive peace.

Direct violence or personal violence includes a physical or psychological component to produce hurt and harm, to the point of killing. It can occur between individuals, groups and nations and is an act of violence with a clear subject, object and action.

This includes war, torture, fighting, gun violence, and physical and emotional abuse. In South Africa, these acts of direct violence are reflected in the high levels of violent crime – including rape and murder as well as domestic and gang violence directed at people.

While not peculiar to South Africa, direct or personal violence is facilitated by easy access to weapons, a general climate of lawlessness, high levels of violent protests and corruption within the criminal justice system. Without doubt, this has contributed to the public feeling unprotected, and has increased distrust in the police, while allowing crime to flourish. But such direct, visible acts do not explain the underlying causes of the violence.

These structures control access to quality education, employment and health care. They affect the basic human needs of survival and welfare. In education (the most crucial, in my view), these inequalities are growing. The fact that only a few people can afford to send their children to well-resourced, fee-charging schools widens inequalities.

For example, the higher education participation rate is just 15.6% for black South Africans, while for Indian and white people (aged 20–24) it is 49.3% and 52.8%. This dictates future employment. Similar discrepancies exist in access to basic health care, between those who can afford private health care, and the poor majority who depend on the failing public health care system.

This indirect, silent violence affects more people than direct violence as it erodes one's ability to gain access to goods and services necessary for survival through legitimate means.

It is this social and economic inequality that fuels violent crime and protest in the country. Since 2008 more than two million people have taken to the streets in protest every year as a result, a clear indication of the “rebellion of the poor”. A recent example of such violent protest and the effect of widening conflict into surrounding communities is seen in the decision by Rio Tinto, the mining group, to shut its Richards Bay operations and freeze an expansion project.

Such events have been met with higher levels of direct police violence and brutality. Yet this does not provide the complete picture. Rising levels of crime and violence are linked not only to the country's economic, social and political woes, but to other underlying cultural factors.

Cultural violence is symbolic violence where, for example, language, religion and ideology are used to legitimise or justify direct and structural violence. This feeds into a social culture of discrimination, racism, prejudice and sexism, which contributes to the vicious cycle of violence.

This is reflected in the high levels of sexual violence and systemic institutionalised patriarchy that foster the culture of violence against women.

Cultural violence is strongly influenced by prevailing attitudes, beliefs and messages that surround people in everyday life. A culture has developed in the country where direct violence is seen as the most effective means to respond to conflict.

A discourse has emerged that glorifies the use of violence, through war narratives, by some political leaders who use military values, symbols and rhetoric to mobilise and gain support. This perpetuates militarism as an ideology that embraces social practices that regard the use of violence as normal and desirable. One can see this within the police.

The challenge is how to turn the situation around, as all three forms of violence are interlinked and mutually reinforcing. Seeking to suppress violent crime in South Africa through the threat of direct violence by the state, such as deploying the army to combat gangsterism in the Western Cape, is not the solution.

It reinforces the notion that violence is to be met with violence, without addressing the deeper underlying structural and cultural issues that perpetuate conflict.

Addressing structural and cultural violence is a lot more difficult than addressing direct violence, but lies at the root of the violence experienced in South Africa. Failure to do so may lead to even more severe levels of violence that could potentially destabilise the state, putting the safety and security of people in even greater jeopardy. Sadly, the country continues to focus on direct violence instead of addressing the causes.

Lindy Heinecken does not work for, consult, own shares in or receive funding from any company or organisation that would benefit from this article, and has disclosed no relevant affiliations beyond their academic appointment.

By Lindy Heinecken, Chair of the Department of Sociology and Social Anthropology, Stellenbosch University