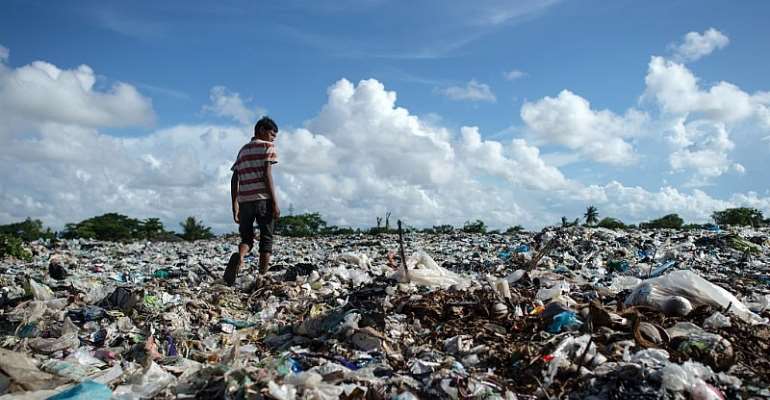 The world's consumption of raw materials is at an all-time high of 100 billion tonnes per year while the rate of material reuse of these resources is falling.

Today's global economy is only 8.6 percent circular. But two years ago it was higher, at 9 percent.

Circle economy is an economy that is regenerative and distributive by design, according to the latest report form Circle Economy in its 2020 Circularity Gap Report released on Tuesday.

Circle versus linear economy
“It [circular economy] makes sure that it really stops behaving in the way the linear economy has been behaving where we extract resources to produce certain products, and then normally the product is either going to be burned or [thrown into] landfills after its uses," Harald Friedl, the CEO of Circle Economy, said.

The world economy as we currently know it has been in the same linear form since the Industrial Revolution more than 200 years ago.

Global growth and prosperity through linear economies has distanced people from the origins of the resources used in their daily lives.

Circular in practice
So is a circular economy sustainable?
The only way such a change can be made is via the “core enablers” which are the countries.

Already a handful of countries have been pushing  agendas based on a circular economy.

Thirteen individual nation states in Europe and the giant economy of China in recent years have seen a steady stream of new players adopting circular economy policies and roadmaps, the report reads.

In 2019 alone, Colombia launched its Circular Economy Strategy; the first of its kind in Latin America.

The Dutch also have adapted a plan to make the “whole country circular by 2050 says Friedl.

Other countries also facing a huge resource squeeze are also speaking up in favour of developing a circular economy says the CEO.

“Turkey, Chile…so many countries have been picking this up because the urgency for action [is] so prevalent now.”

Examples in action
Theory aside, what does a circular economy in action look like?

Friedl points to circular and passive housing in different parts of Africa where bio-based materials are used to build houses.

In the case of China, the decision to stop receiving the worlds' waste has been a driving force in pushing other countries to deal with the mounting problem of waste rather than shipping it

Brazil has come up with a phone application that connects the waste supply and demand for a former waste collectors.

Getting off fossil fuels for more renewable and sustainable sources is also a major step in changing the direction of an economy.

Denmark, for its part, has been leading the pack on the energy transition.

Elsewhere, there have been changes in the mobile phone industry that have made economies more sustainable, such as the Dutch-based Fairphone, a company that recycles materials from old phones and sources new material with non-conflict minerals and with minimal environmental impact.