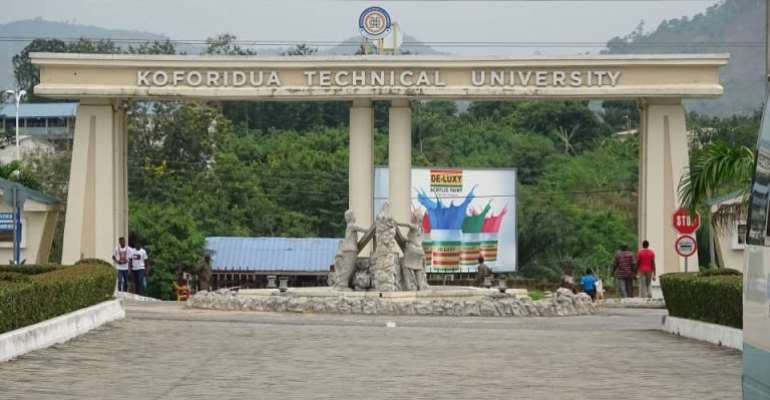 The Koforidua Technical University has extended its examination calendar. This is to allow the postponement of the school’s examination which was scheduled for today, January 20, 2020, to Monday, February 3, 2019.

Management arrived at the decision following the plea by the Students Representative Council for an extension to make students psychologically prepare for the exams, days after the Technical University Teachers Association of Ghana (TUTAG) called off its strike.

Some lecturers have however used the extension period to organize mid-semester examination for their students in readiness for the new exams date.

Some of the students who are delighted by the postponement also want the government to resolve all outstanding issues with TUTAG to prevent another industrial action.

“I am excited about the exams being postponed because we weren’t prepared for the exams due to the strike. When the lecturers resumed, it was too short a time for me to prepare. We want the government to know that these strikes are really affecting us.”

Another said: “I am very happy. Because of the strike, the lecturers have not been able to cover most of the topics. So if the examination period has been extended, it will afford us some time for more studies. So I don’t have a problem at all. So whatever issues the lecturers have with the government must be addressed to motivate them to be regular in class.”

But some other students were not enthused with the school’s decision; one said:

“We are not happy about the postponement. We are ready for the exams only for us to come today and be told that it has been postponed.”

Shortly after TUTAG called off its strike, academic activities in the school resumed with calls from the students for an extension in exams time because they were psychologically unfit .

The school's management and TUTAG made its counselling unit available to students who have been affected by the strike.

Ebenezer Nartey Nartey, Organizing Secretary for the KTU chapter of TUTAG said this was to help students get ready psychologically for the exams.

“We will advocate that a week is at least given the students for them to have a sound mind to write the exams. We want them to have the best of conditions so that when we test them, it doesn't look like they are under duress.” TUTAG strike

The Technical University Teachers Association of Ghana (TUTAG) called off its nationwide strike after the National Labour Commission (NLC) secured an interim injunction on the industrial action .

The association in a statement said its decision to call off the strike was a “demonstration of good faith which must be reciprocated by all stakeholders.”

The deadlock had its fair share on academic activities and businesses on the various campuses. It had dire consequences on technical education as students held protests to have the concerns of their faculties addressed.

The academic calendar of the institutions was adversely affected.

In the new development, issues of examinations, invigilation and marking of scripts were all distorted.