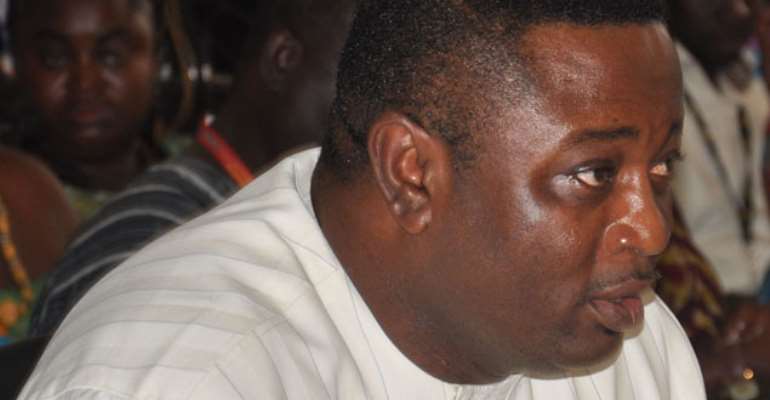 A number of civil society organisations (CSOs) have ganged up against the interest of the good people of Ghana in furtherance of their parochial interests.

They have left most Ghanaians in no doubt about their pact with the devil, the attributes of which deal are just emerging. Making maximum noise against the compilation of a new voters' register so the good thereof shall be dwarfed is a project being advanced. They shall fall, the good shall triumph.

While some of the names associated with the Elvis Afriyie-Ankrah's inspired project are stained and their integrity when it comes to such matters are, of course, wobbling, others envious of the stature of the Institute of Economic Affairs (IEA), of which the Chairperson once headed, are seizing this opportunity to muddy the waters in a project which shall fail.

With the countenance of the so-called coalition of CSOs now unmasked, most of us now know the project they are undertaking; what an addition to their already negative entries.

For some of them, it is time to justify the donor funding for their so-called democracy-enhancing activities if their mischief can stand the test of integrity.

What could be better than ensuring value for money in matters regarding the maintenance of the integrity of the voters' roll to rid it of cobwebs?

Only closed minds treading on a prejudiced tangent will turn their backs on the financial wisdom of savings to be made with the procurement of new BVMS for the 2020 elections. Of course, it would be foolish and crazy to go for the refurbishing of the system at a cost of $74,364,500 when a new one goes for $56,000. We do not need a group of arrogant coalition to throw dust into our eyes about the sense therein.

Equally instructive and revealing is the fact that the refurbishing of the old data centre with one year maintenance will cost, according to the EC, $19,000,000, whereas on the other hand the acquisition and upgrading of a fresh one with three years maintenance goes for $7,000,000.

We are scared about a vendor lock-in and the STL element in the quotation process. Once bitten, twice shy.

Elvis Afriyie-Ankrah's charge on his party to rather direct funding towards making the compilation of a voters' register not to happen has been heard, and it is being put into practice.

The voters' register CSOs' behind-the-scene engagements with those who  share knowledge of the source code with STL and other critical details is no longer a confidential stuff.

The ear-piercing noise being generated by players of the protest industry cannot and will not dwarf the goodness in compiling a new voters' register.

With an already prepared statement on 16th January 2020 intended to throw spanners into the works of the Electoral Commission (EC) ‒ as it were ‒ we are saddled with a group whose mind game manouvres have lost altitude.

No group of Ghanaians, CSOs et all can take the people of this country for granted. If only they were as vociferous at the apogee of the dictatorship of the previous order at the EC, local politics would have been better for it.

The fact is that the fate of Ghana's democracy cannot be left at the hands of the machinations of groups which lack deference to make their words acceptable let alone binding.

We have not forgotten how this same blemished register and the manipulations thereof pushed the country to the brink. We would have had a bloodied nose but for the calmness of one of the aggrieved players.

The argument that the same register was used in the last polls that brought the incumbent to power is flawed.

The victors were ahead in their calculations relying on IT intelligence. There was no such thing as hacking as Charlotte said. There was rather vigilance on the part of the NPP, having realised that the flawed voters' register was about to be manipulated once more.

Government extends electricity to seven communities in Savan...
2 minutes ago