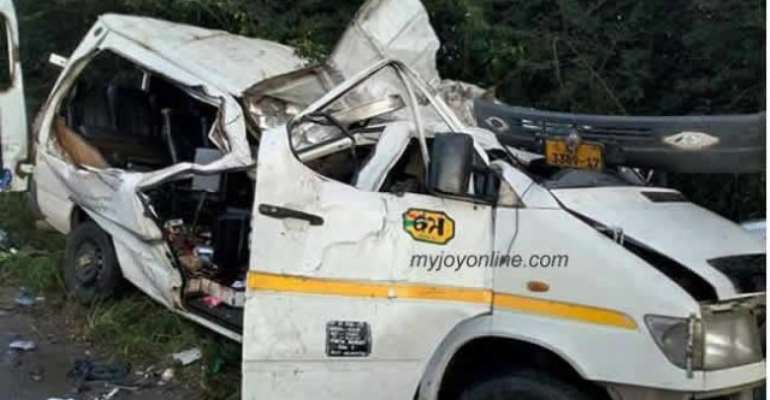 The National Road Safety Authority (NRSA) has revealed that 2,284 persons were killed in by road traffic accidents in 2019.

In the breakdown by the Authority, the Greater Accra region recorded the highest with 449 persons followed closely by the Ashanti region with 448 people.

The Upper West and Upper East Regions recorded the least with 59 and 75 people respectively. 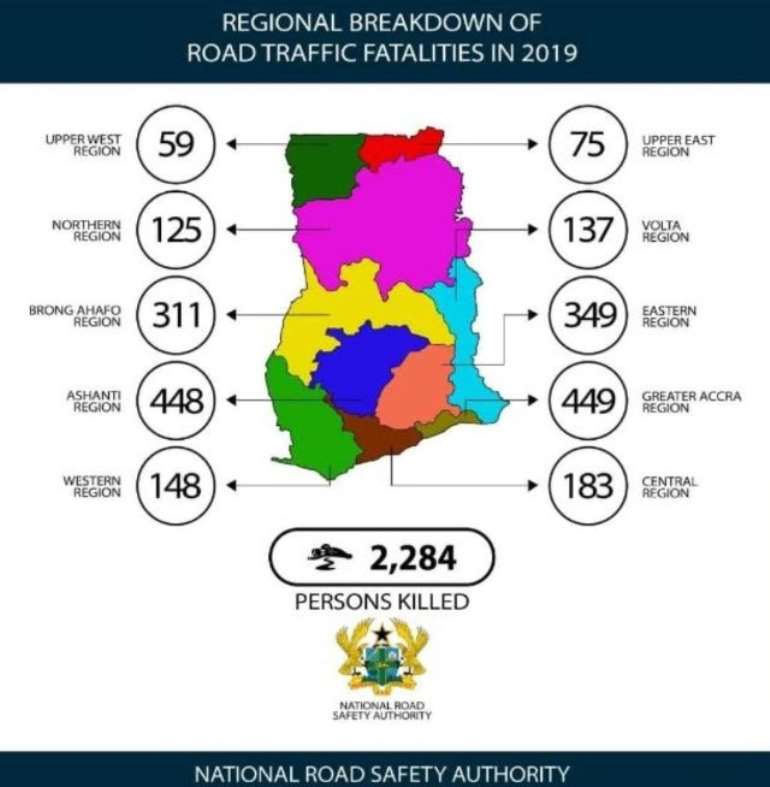 The Authority this week initiated an official investigation into the fatal accident that occurred at Dompoase near Komenda Junction on the main Cape Coast-Takoradi Highway in the Central region.

On Wednesday it said the investigation is to identify the contributing factors that caused the incident that claimed many lives.

The investigative committee will subsequently propose measures and remedies to prevent a recurrence of the accident.

Deputy Director at the Authority, Daniel Wuaku told Joy News’ Evans Mensah on PM Express that it now has the power to prosecute any institution which fails in its mandate to ensure our roads are safe.