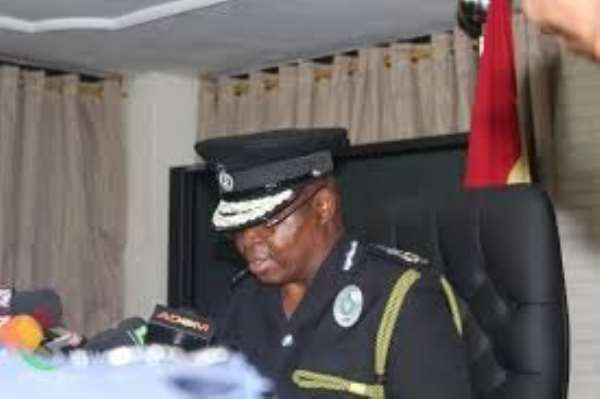 Inasmuch as the Ghana Police Service expects communities to use dialogue to settle their differences rather than resorting to violence, police officers who misconduct themselves will equally not be spared.

This is coming from the Inspector-General of Police (IGP), James Oppong-Boanuh, ahead of the December 2020 General Elections.

He gave the assurance that no police officer would be shielded for any acts of misconduct.

Mr. Oppong-Boanuh was speaking at a durbar to commission a newly constructed Akropong District Police Headquarters at Akropong-Akuapem in the Akuapem North Municipality of the Eastern Region.

The Ghc 516,000.00 project was fully funded by the Church of Pentecost to help promote peace and security in the Municipality.

Mr Oppong-Boanuh commended the Church for the gesture and said it showed its commitment to national peace and security.

He said policing flourished on the strong partnership between the public and the police and urged the people to support the police by volunteering information to purge society of criminals.

The Eastern Regional Minister, Mr. Eric Kwaye Darfour, said proper accommodation for security officers was vital to the security and must be at the heart of every individual.

He urged the police to maintain the building well to prolong its lifespan.

Apostle Alexander Nana Yaw Kumi-Larbi, the General Secretary of the Church Of Pentecost, said the project was the first of the three district police stations that the Church had planned to build under its Vision 2023 Project.

He urged the police and all workers to work with integrity.

Osaberima Ansah Sasraku, the Kyidomhene of Akuapem Traditional Area, who chaired the programme, called on all faith-based organisations to emulate the example of the Church of Pentecost.

He pleaded with the Police Administration to fix the faulty sewage system of the police command in the area.