I Love this Afari-Gyan Line Best: “Go to Court!” 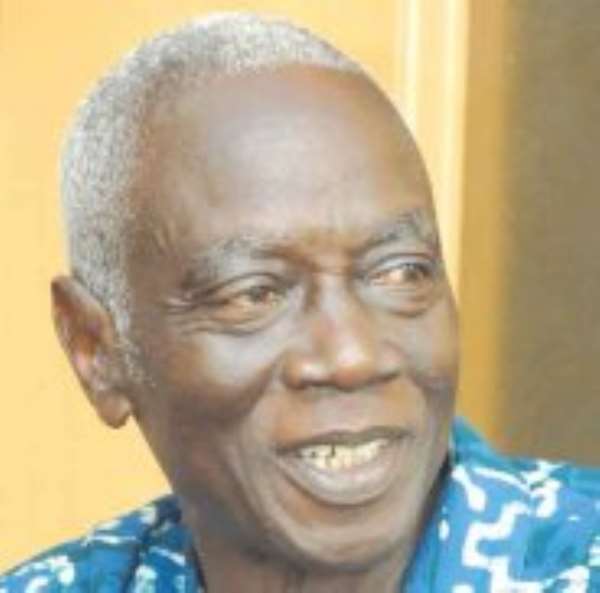 The decision by the Deputy Chairperson of the Independent Electoral Commission (IEC), Dr. Bossman Asare, to “engage” the 8 minority political parties vehemently protesting the all-too-savvy decision by the IEC to compile a new National Biometric Voters’ Register (NBVR) may very well end up being an exercise in futility (See “We’re Ready to Engage Political Parties Opposing New Voters’ Register – EC” CitiNews.com / Ghanaweb.com 1/14/20). It may very well end up becoming a pure exercise in futility because the protesting political parties which are led by the largest opposition party in the country, the National Democratic Congress (NDC), clearly appear to be deeply entrenched in their stance; and about the only way that I perceive any positive possibility of a fruitful engagement would be if the EC granted these democracy-sabotaging parties and their equally self-serving leaders their outrageous wish – which amounts to the total abortion or scrapping of the sound and progressive necessity of presenting Ghanaian voters with the cleanest NBVR heading into the 2020 general election.

I sincerely do not see the IEC facilely kowtowing to the haughty demand by the National Democratic Congress, whose very own dynastic General-Secretary, Mr. Johnson Asiedu-Nketia, has since the 2012 Presidential Election been telling the general Ghanaian public that, in fact, the now-Candidate John Dramani Mahama never won that most controversial election; and that it was primarily due to the woeful lack of vigilance on the part of the polling agents and representatives of the now-President Addo Dankwa Akufo-Addo that scandalously culminated in the results of that election being mendaciously called in favor of the then-Interim President Mahama by the extant Chairperson of the IEC, Dr. Kwadwo Afari-Gyan.

So there is a real problem here which the pathologically kleptocratic leaders of the National Democratic Congress and their payola-financed allies of largely splinter leftist minor political parties are hell-bent on pretending does not exist. And the latter problem does not really matter, in terms of the adamant determination of the NDC’s leaders to push the same down the throats of the Ghanaian electorate because it will never materialize. I mean, not in a million years! The fact of the matter is that not only is the NDC and its allies outmatched by the ruling New Patriotic Party (NPP) and the latter’s 12 allies but even more importantly, the chief administrators of the Independent Electoral Commission have provided clear and very convincing evidence that, indeed, the time could not be more opportune for the creation or compilation of a new National Biometric Voters’ Register.

First of all, according to Mrs. Jean Adukwei Mensa and her IEC associates, the software for the present National Voters’ Register, or the NBVR, is outmoded and very expensive to either maintain or patchily upgrade, which is what the charlatanic operatives of the National Democratic Congress have been vehemently and mischievously agitating for. It obviously appears that the Mahama/Asiedu-Nketia Gang is insistent on the IEC’s unwisely and wastefully maintaining the credibility-lacking current Voters’ Register because the latter offers generous room for rigging the upcoming general election in favor of the National Democratic Congress; which was precisely what Mr. Asiedu-Nketia, the party’s career General-Secretary, told the nation in the wake of the 2012 Presidential Election. We are also expertly informed by the administrators of the Independent Electoral Commission that the current NBVR is at least 8 years to 10 years outmoded.

You see, Dear Reader, no functionally efficient modern democratic culture would consent to the usage of such an outmoded electoral technology or mechanism, unless the overriding objective here is to deliberately ensure the occurrence of a heavily rigged election, which clearly appears to be what the leaders of the country’s main opposition National Democratic Congress have been vehemently agitating for and vigorously campaigning to ensure and secure. At any rate, what primarily inspired this column was the rather pointlessly defensive decision by Dr. Asare to grant unnecessary and definitely undeserved audience to those minority political operatives who are hell-bent on effectively sabotaging the integrity of our entire democratic process.

You see, Dear Reader, like me, you may not think highly of Dr. Kwadwo Afari-Gyan; but one thing that indelibly reminds me of the long-retired scrawny and cheerfully meanspirited IEC Chairperson was the steely, no-nonsense and plain arrogance of that former University of Ghana’s political scientist, when it came to arguments over questions regarding the statutorily sanctioned discretionary rights of the administrators of the Independent Electoral Commission. You see, rather than diplomatically and, some would even say, timidly attempt to conciliatorily engage protesters and dissenters of the proposed new National Voters’ Register, Dr. Afari-Gyan would have simply and resolutely told off the Mahama Posse, as he scandalously did to then-Candidate Akufo-Addo and the latter’s assigns and representatives: “If you are opposed to my discretionary right to exercise the legitimate authority invested in me by the Constitution, by all means, you can go to court.” Such peremptory declaration was often the end of all arguments. I hope Dr. Bossman Asare is old enough to remember.