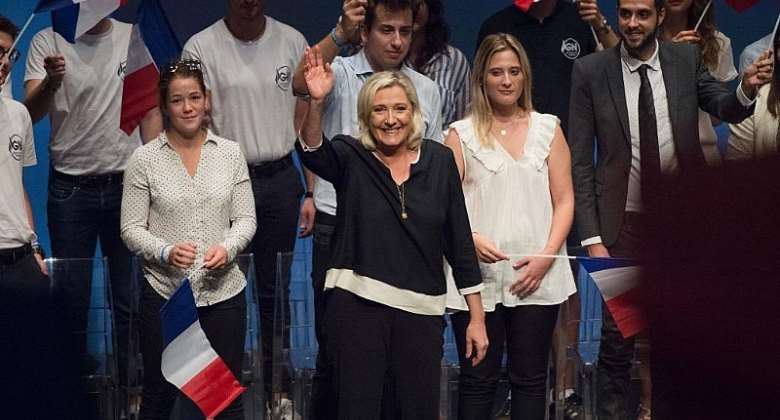 Marine Le Pen has announced that she will definitely be a candidate for President of France in 2022 and that her aim is to 'unite the country'.

Le Pen made her announcement on Thursday, at what she called the launch of her "pre-presidential campaign". She said she was preparing a huge change from the Macron presidency.

She hopes the announcement will be a new start after her failed duel with Macron in 2017.

Back then she was neck and neck with Macron following the first round of the election.

Disastorous debate
Then came the set piece television debate between the two first round winners which is a fixture of the election routine in France.

The debate often makes little difference to viewers' voting intentions but this one was different.

It was widely considered a disaster for Marine Le Pen.

She was judged to have a weak grasp of key policy issues and an over- aggressive style.

After the inevitable defeat, she was attacked within the party for her performance and some of her key advisors, were forced out of the party.

Her telegenic niece Marion Maréchal withdrew from frontline politics - many thought in order to prepare a rival candidacy in the future.

Party insiders said that Marine Le Pen was shaken by the debate and her defeat and took time to recover. The party underwent a period of soul searching.

Her decision to announce her candidacy for 2022 so early is intended to signal that she is back and determined this time to win.

The Rassemblement National, as the former Front National party is now known, scored the highest number of votes in elections to the EU parliament and the party is now gearing up for local and regional elections this year.

Le Pen no doubt hopes that yesterday's announcement will boost membership and so bring in some much needed cash to the party coffers.