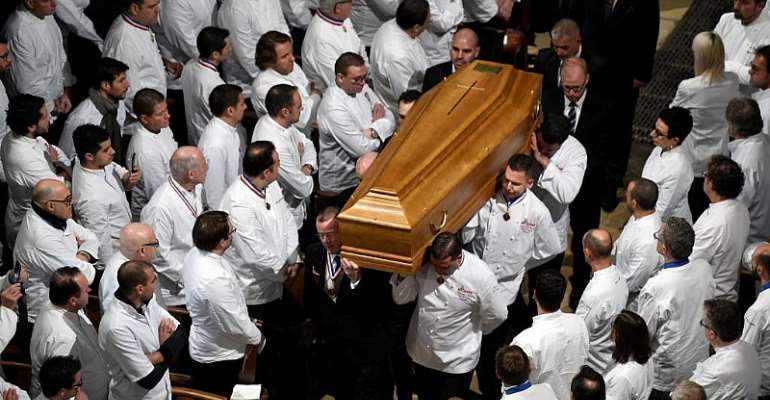 The restaurant of famed French chef Paul Bocuse, who died almost two years ago, has lost the coveted Michelin three-star rating it had held since 1965, the guide said on Friday.

The Michelin Guide told AFP the quality of L'Auberge de Collonges-au-Mont-d'Or, near Lyon, "remained excellent but no longer at the level of three stars".

The restaurant, in France's food-obsessed southeast, will have two stars in the 2020 edition.

The chef's Bocuse d'Or organisation greeted the news with "sadness".

GL events, which organises the prestigious Bocuse d'Or international cooking competition, "wishes to provide its unwavering support to 'Maison Bocuse'", it said in a statement.

Bocuse, one of the most celebrated French chefs of all time, died aged 91 on January 20, 2018, after suffering from Parkinson's disease.

Dubbed the "pope" of French cuisine, Bocuse helped shake up the food world in the 1970s with the lighter fare of the Nouvelle Cuisine revolution and created the idea of the celebrity chef.

Bocuse's restaurant was the only one in France to keep a three-star rating for more than four decades.