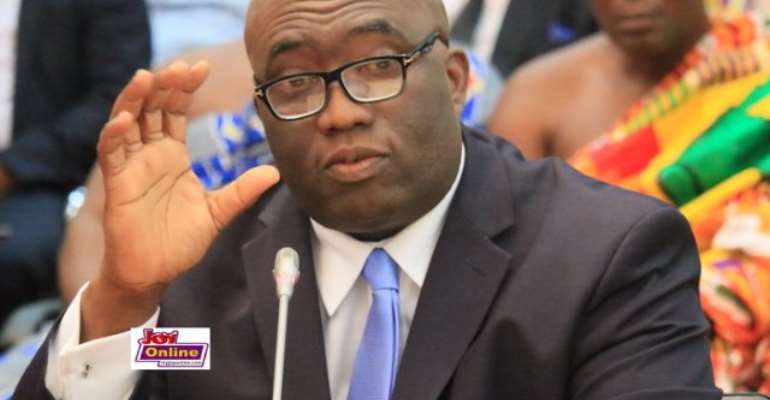 The Minister for Railway Development, Joe Ghartey, says overnment is doing its best to link major cities by rail in a few years' time.

Speaking to Joy News at the premises of the Cape Coast Teaching Hospital where he had gone to express his sympathy with the families of victims of the Cape-Coast –Takoradi Highway accident, the Minister said road accidents have become too many, thus the need for rail transport.

“I have made that point several times. About 98% of our transport is by road. Perhaps just now the plane is taking a little. I mean that statistics have changed a bit because of the fact that today there’s the plane going up and down but there are too many road accidents.

“I’m not going to blame anybody or anything but the train is much safer,” he said.

Mr. Joe Ghartey who is also MP for Essikado-Ketan further explained that government was doing its best to re-introduce rail transport for long-distance travel in a few years’ time. This he believes, will reduce the carnage on the roads.

“It is my hope that in a few years to come we can go back to the old days we came to meet where you can sit in a train from Accra to Takoradi and not always take a car for these long distances which sometimes end up in the way we are just seeing,” he said.

Thirty-four people died with many others injured in an accident that happened at 12:15 am Tuesday, on the Cape Coast-Takoradi Highway.

Officers of the Ghana National Fire Service (GNFS) and police were on hand to rescue some of the injured persons.

Suspend Sammy Gyamfi if he fails to apologize to Speaker, Ha...
6 hours ago

Shame on you for abandoning post for 3 hours to go drink tea...
6 hours ago