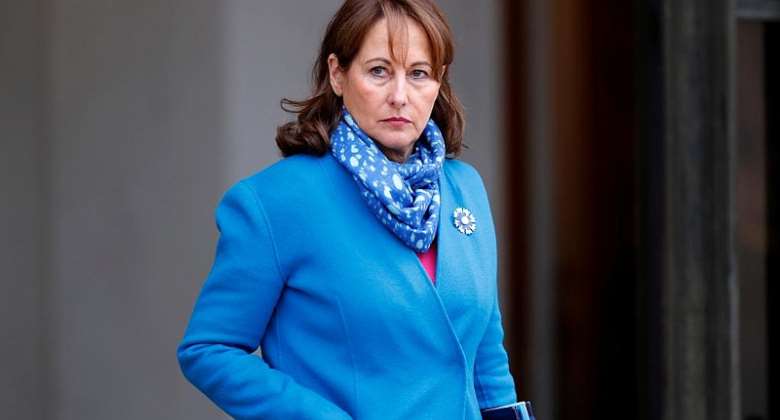 French former presidential candidate and ex-environment minister Ségolène Royal has claimed she is to be fired as ambassador to the North and South Poles for criticising President Emmanuel Macron's policies.

Royal, a former wife of socialist ex-president Francois Hollande, posted a letter on Facebook saying she had been formally notified of her impending dismissal.

"Madam Ambassador, we are considering terminating your position in view of your recent public statements challenging the government's policy with which you, in your capacity as ambassador appointed by the government, are closely associated," read the letter jointly signed by the general secretaries of the foreign and environment ministries.

The missive notes that Royal's role as ambassador "implies a duty to remain discreet about the government's actions" and that a decree terminating her appointment would be discussed soon by the cabinet.

Read between the lines
Royal said she understood from the letter dated January 7 that her dismissal "has already taken place".

"I understand from this letter that the president of the Republic will terminate my position at an upcoming cabinet meeting because I have no intention of renouncing my constitutionally-guaranteed freedom of expression," she wrote.

Royal's appointment by Macron as ambassador to the Arctic and Antarctic in 2017 was seen as something of a consolation prize for the perennial ex-minister, who missed out on several more senior postings.

In recent weeks her position had appeared to be in jeopardy after a flurry of tweets and statements bashing the government and Macron.

Reacting to Macron's announcement in December, in the midst of strikes over pension reforms, that he would foreswear his own presidential pension, Royal tweeted that "the real question" was whether the former investment banker would return to "the globalised business world with its huge golden handshakes" after he left office.

Put up or shut up?
On Sunday, Environment Minister Elisabeth Borne warned the 66-year-old grande dame of French Socialism, who was beaten to the presidency in 2007 by Nicolas Sarkozy, that she had to choose.

Several senior Macron allies had accused Royal of being bent on revenge, after failing to land a plum position in the cabinet or European Commission.

Last month, two MPs had demanded she be summoned by parliament to give an account of her work on the Poles.

Royal had accused her detractors of attempting to silence a critical voice.

In her Facebook post Tuesday she promised to present a full report on her work "in a few days".