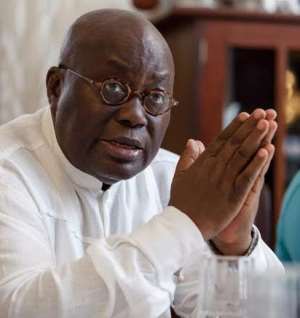 President Akufo-Addo has condoled families of those involved in the fatal crash on the Cape Coast-Takoradi highway Tuesday dawn.

My sympathies and condolences go to all the families and loved ones of the deceased in the horrific accident on the Cape Coast-Takoradi Highway, which occurred earlier today. May their souls Rest In Peace. I also wish the injured, a speedy recovery. — Nana Akufo-Addo (@NAkufoAddo) January 14, 2020

Thirty-four people have died with many others injured in the accident that happened at 12:15 am after two passenger coaches collided head-on.

The accident occurred at the Dompoase Junction near Komenda Junction in the Central Region.

According to the police, 29 people died on the spot while five others died on arrival at the Cape Coast Teaching Hospital.