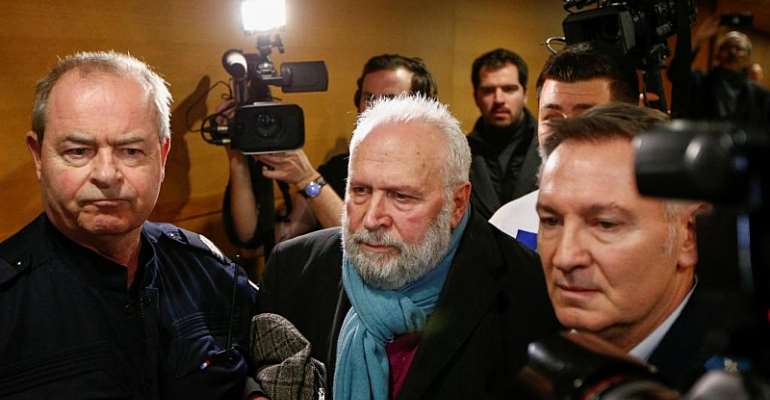 The trial of a French priest accused of sexually abusing several dozen boy scouts has begun in Lyon, after a strike by lawyers over pension reform delayed the proceedings by a day.

The case surrounding Bernard Preynat, 74, is the most extensive Catholic Church sexual abuse scandal to reach French courts to date. It involving accusations of sexual abuse over multiple decades and allegations of cover-ups within the Church hierarchy.

Preynat faces charges of sexual assault of 10 minors between 1986 and 1991 and has admitted to sexually abusing boys in the 1970s and 1980s, though he cannot face legal action for the earlier alleged incidents because they are beyond the statute of limitations.

“I have heard the suffering of these people, for which I am guilty,” Preynat told the court Monday. “I hope this trial can unfold as quickly as possible.”

Alleged victims, who have waited decades over incidents that happened when they were between seven and 15-years-old, said they were eager to finally confront the former priest.

“I have many things to say to Preynat and many things are coming back to me with this trial,” said one of the plaintiffs, Pierre-Emmanuel Germain-Thill.

The trial got underway briefly on Monday until the presiding judge announced a delay of 24 hours, reducing the proceedings to four days, in response to a request from lawyers protesting French government plans to reform the pension system.

“We are aware that this trial is very important, but we think it would not be appropriate to give it special treatment,” said Serge Deygas, head of the Lyon bar association, accompanied by a dozen striking lawyers at the court.

Church accused of covering up abuse
Parents first alerted the Lyon diocese of Preynat's alleged abuse in 1991. The priest swore to the cardinal at the time that he would no longer touch a child, and no victims have come forward alleging abuse after 1991.

The alleged abuse happened when Preynat oversaw a scout camp in a Catholic private school in the Lyon suburbs over a period of 20 years. He continued as priest in the mountains near Lyon until 2015.

His past began to catch up with him in 2014, when the first of several alleged victims came forward as an adult to publically accuse the priest of abuse and ask the church why he was still in office.

The revelations led to former Cardinal Philippe Barbarin being convicted of failing to inform legal officials of the priest's actions last March. Barbarin sought to resign, but Pope Francis refused to accept his resignation until the appeals process is complete.

It was only after Barbarin's conviction that the French Catholic Church found Preynat guilty of abuse and removed him from the priesthood.

Several other Church officials have been accused of inaction over Preynat's alleged abuses, including senior Vatican official Cardinal Luis Ladaria. The Vatican invoked his immunity as an official of a sovereign state.