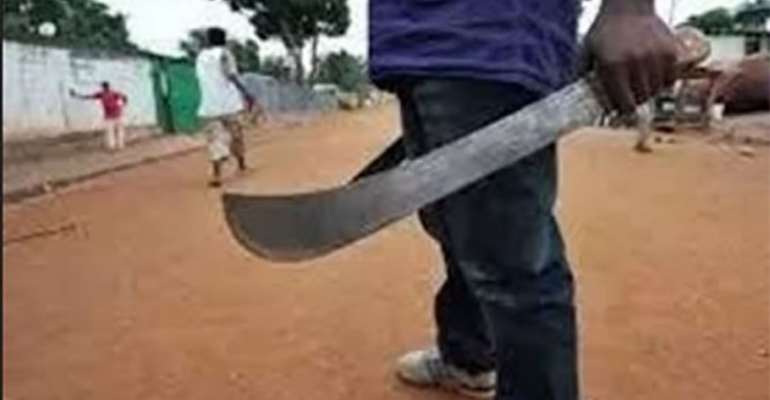 Boneagya village, a farming community near Asisiriwa in the Bosomtwi District of the Ashanti Region, on Saturday woke up in shock after a 60-year-old man hacked his wife several times in an attempted murder and committed suicide subsequently.

Kwabena Amankwa, a farmer, took the extreme step after he became jealous of a man who reportedly came to look for his wife, Abena Diana, while the two had travelled to Asisiriwa.

Kuntanase Police Station officer Chief Inspector Aboagye Ansah said Abena Diana was hacked multiple times by her husband, who had shown signs of frustration, anguish and resentment, some of which took the form of extreme hostility towards the woman prior to the incident.

He was harbouring hatred for the woman after she served notice to divorce him. Kwabena Amankwa butchered her when she went to the house to pack her personal belongings, the police officer narrated.

According to him, the woman was first taken to St. Michael Hospital at Pramso and then to Komfo Anokye Teaching Hospital for treatment, whilst the man, who initially fled, was later found unconscious having taken in a poisonous substance.

Chief Inspector Aboagye said the 60-year-old man was rushed to St Michael Hospital, but succumbed to internal burns because of the poison.