New register: You're The Same People Who Will Blame Us If Current Data Centre Crashes -  EC 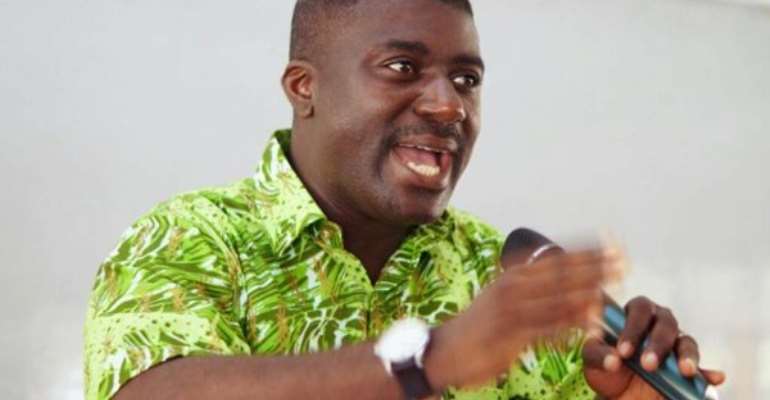 Dr Bossman Asare spoke on the Super Morning Show via telephone on Monday.

The Electoral Commission (EC) is mounting a stiff defence for its decision to introduce a new biometric system for the December elections despite fierce opposition by some political parties.

The Commission said Monday that it is acting on its statutory mandate to deliver a credible election through a robust system and will not succumb to the pressure to shelve its decision to compile a new voters’ register.

Dr Eric Bossman Asare, Deputy Commissioner in charge of Corporate Services, said on Joy FM’s Super Morning Show that because the blame will fall squarely on them should the current system crash during the December 2020 polls, they have no choice but to act on the advice of their experts.

"So the main point is that we are not acting based on what we think or what we like. It is based on the advice from experts,” Dr Asare said on the Super Morning Show on Monday, January 13, 2020.

The EC’s justification for a new biometric voting system and a new electoral roll for the elections in December 2020 has drawn mixed reactions from civil society groups and political parties.

The governing New Patriotic Party (NPP) is among the few parties backing the EC.

Although the Commission has said its decision to acquire a new biometric system and compile a new register is informed by advice from its IT personnel and external IT consultants, another group, Resistance Against the New Voter Register, led by the opposition National Democratic Congress (NDC), has vowed to prevent the EC from going ahead.

On Saturday, the group held a mammoth demonstration in the Northern Region to get the EC to rescind its decision and has promised to organise more protests in other parts of the country until their demand is met.

One of the main argument in opposition to the proposed biometric system and a new voters’ register is that it was used successfully in the just ended District Level Election (DLE).

However, reacting to the argument on the Super Morning Show, Dr Bossman Asare said the recent DLE is not a good stress test for the current biometric system.

He said voter turnout in the DLEs was poor – less than 40% nationwide.

He said the proposed new biometric system will have facial recognition features as an add-on to the fingerprint to strengthen the voting system.

He argued that after a comprehensive cost-benefit analysis, the EC has found that buying new and upgraded biometric verification machines will cost less than replacing the obsolete ones.

The total cost for acquiring a new biometric system and compilation of the new register has been estimated to cost close to GHS 400 million, expenditure some say can be used elsewhere.