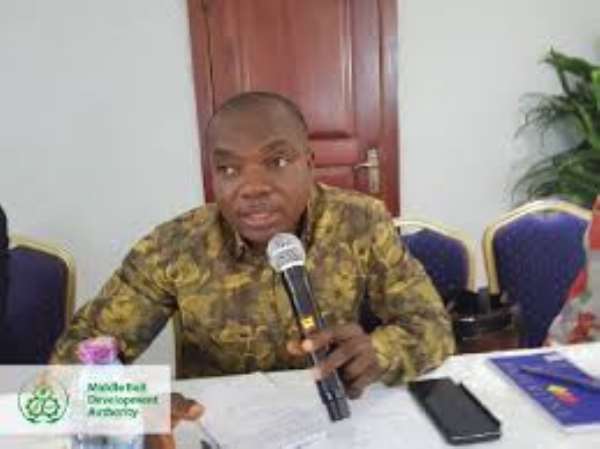 The Eastern region is expected to benefit from activities of the Middle Belt Development Authority (MBDA) with about 1,300 projects in 2020 alone, the Authority has emphasized.

According to the Authority, the region has already benefited from about 700 projects, with some completed and others at different stages of completion.

The Communications Director of the Authority, Nana Kwabena Boakye Asante, in a media engagement in Koforidua, on Saturday indicated that the Authority headed by its Chief Executive Officer (CEO), Mr. Joe Danquah, has initiated lots of projects within the Ashanti, Bono, Bono East, Ahafo and the Eastern regions.

He mentioned market and community centres, toilet facilities, water and electricity provision, astro turfs among many others as projects being undertaken by the Authority across 109 constituencies.

Mr. K. B. Asante, as affectionately called, revealed the Authority, which is operating under the Ministry for Special Initiatives, is expected to complete about 2,000 projects across the region by the end of 2020.

He, however, affirmed that his outfit has engaged with chiefs, Members of Parliament, District Chief Executives, as well as opinion leaders to identify their major needs under a "Constituency Special Initiative" implemented by the Authority.

He, was, optimistic the region as well as the others, will feel the full impact of the Authority's activities before the end of the year, as many of the projects would have been completed.