For And Against New Voters’ Register: The Story So Far 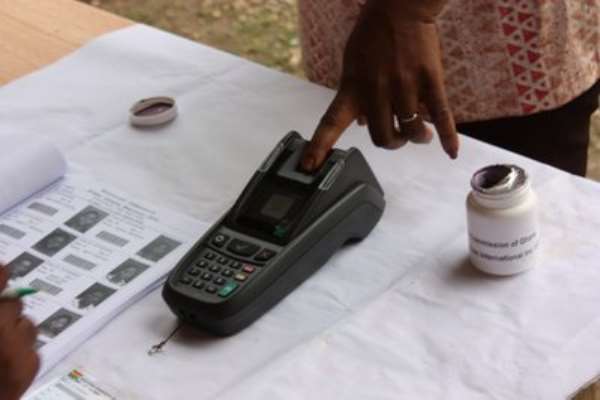 Ahead of the 2020 general elections, the biggest talk has been the plan to compile a new biometric voters’ register.

The EC first made the announcement on March 27, 2019 and 10 months down the line, the commission is already armed with a “prudent” GHS390 million to carry out a registration exercise between April and May 2020 over a period of 50 days.

The EC wants to ensure that the register that is used on the election day is more credible and efficient than the existing one hence the need for a new Biometric Voter Management System (BVMS).

A key new feature the EC cited is the introduction of a facial recognition option in addition to fingerprint verification.

The run-up to elections in Ghana is normally accompanied by contentions over the state of the voters’ register.

Then an opposition party, the New Patriotic Party (NPP) called for the compilation of a new voters’ register in 2015 describing the existing one as lacking credibility.

Current Vice President Dr. Mahamadu Bawumia famously alleged that there are more than 76,000 Togolese nationals registered in Ghana to vote.

These calls were downplayed by the National Democratic Congress (NDC) which was in power at the time.

Eventually, in a bid to clean the register, over 56,000 names registered with the National Health Insurance Scheme (NHIS) cards were deleted in line with a Supreme Court order .

Four years later, the NDC remains on the side of maintaining the current register and has described the EC's move to compile a new biometric voters' register as illogical. Arguments against the new register

The opposition party called on Ghanaians to reject the EC’s plans because it felt the commission was yet to present a compelling argument for the compilation of a new register.

It even walked out of a meeting with the Electoral Commission on December 10, 2019, when the matter was brought up during a meeting.

The General Secretary of the NDC, Johnson Asiedu Nketiah, argued that:

“The current voters' register was used recently to successfully elect about 6,600 district assembly members and about 33,000 unit committee members. Yet the Electoral Commission is telling us that the same register cannot be used to elect one person and 275 Members of Parliament.”

The NDC is now at the forefront of a group of opposition political parties known as the Inter-Party Resistance Against New Voter Register and they plan to stage three different demonstration exercises in protest against the EC.

The first of their demonstrations is set to come off on Saturday, January 11, 2020.

The group maintains that any money spent on the register will be a waste of taxpayer money, according to the Founder of the All People's Congress (APC), Hassan Ayariga, who also expressed fears that the EC may disenfranchise some Ghanaians .

“We hold the view that any attempt to spend an additional cedi of Ghana's tax payer's money on a new register will amount to complete wastage and needless spending of limited state resources.” Arguments for new register

Thirteen political parties, some of which are divided on the matter , have however come out to back the EC in its bid to compile a new register and bought into the arguments for a new register.

The NPP, for one, has said it will support the most efficient option. The party’s Communications Director, Yaw Buaben Asamoa, also said the investment in a new register was an investment in peace and security.

“What is the cost of political stability and peace? It is priceless… There is a value judgment about the cost of peace and ensuring clarity in everybody's mind that we are comfortable.”

A prominent neutral observer that has commented on the controversy, the Centre for Democratic Development (CDD-Ghana), sided with the political parties kicking against the new register.

Team Lead for Elections at CDD Ghana, Rhoda Osei Afful said, the EC’s arguments were so far unconvincing given the consistency of the current registry.

“…I am not really convinced [with the reasons given so far, ]. So far as the recent election is concerned, it [current register] has not deteriorated so much. It has been quite consistent. This is not a big issue. It is not something that we cannot manage if we really want to have a clean register. The other point is that the EC also spoke about the fact that the voters' register is bloated. I will not say the voters’ register is not bloated.”

GHS390m approved for compilation of new register Meanwhile, Parliament has already approved the EC’s GHs390 million budgetary allocation for the compilation of the new voters’ register.