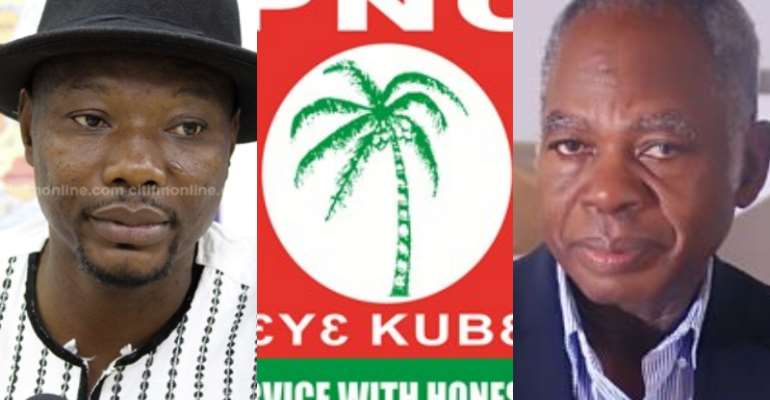 The Electoral Commission's (EC) decision to compile a new voters' register ahead of the 2020 general elections seems to be causing some confusion in the People’s National Convention (PNC).

While the National Chairman of the party, Bernard Mornah, rubbished reasons given by the EC for the urgent need of a new voters' register, the party’s National Vice-Chairman, Henry Asante, on Thursday joined twelve other political parties to say the EC’s decision is necessary.

While some of the political parties, and by extension, the Vice-Chairman of the PNC, believe the EC has made a solid case for a new register in terms of cost, time and credibility, Bernard Mornah and the Inter-Party Coalition Against the New Voter’s Register had vowed to resist attempts to compile a new register.

Ghanaians are currently unsure what is going on in the party following the divergent views shared by the two top officials of the PNC.

Speaking on Eyewitness News, National Chairman of the PNC, Bernard Mornah denied any form of confusion in the party, adding that his decision to speak against the new electoral roll was informed by the party’s previous stance on the matter since the party’s National Executive Committee could not meet to agree on the issue.

“I am saying that I am the National Chairman, if anybody has a contrary opinion, that should be the person’s opinion. Leaders of every group are those that represent the group, not their assistants. When President Akufo-Addo speaks that means that Ghana has spoken, Bawumia cannot come and counter what he has said.”

“It is strange that the Ambassador-at-large will be giving such orders because we can all recall that not long ago, under Charlotte Osei, there was pressure for a new voters’ register in 2016, the PNC's formal position was that a new voters’ register was unnecessary. The arguments we advanced then, are arguments that are still relevant today and that position has not changed. If it were that the position that we held in 2016 had changed, then one could have said that I was going off course but I can say on authority that the position that we presented to the Commission that was set up by the EC then chaired by the late Justice V.C.R.A.C Crabbe, our position has been that a new voters’ register is not sensible until after a population census and no population census has been done and so the PNC position cannot change,” Mr. Mornah argued.

He further insisted that: “I just did not jump to come and say that we don't support a new voters’ register because I am Bernard Mornah, I am basing on the earlier position that the party has taken and so I am surprised that the Ambassador-at-large will give a directive to my Second Vice-Chairman to go and give a counter opinion”.

Vice National Chairman of the party, Henry Asante, in response to the argument advanced by Mr Mornah, said he was only asked by Dr Edward Mahama, the 2016 flagbearer of the party and currently Ghana’s Ambassador-at-large, to go and represent the party at the program where 12 other political parties including the governing New Patriotic Party expressed their support for the compilation of a new voters’ register.

“I was there in my capacity as the Vice Chairman of the PNC…I was delegated by leadership to represent the party and advance for a new voter register…The Chairman and the leader have the power to delegate but in our party, the leader is ultimate when it comes to that order. In other political parties, they have the chairman. I am not in the position to offend my chairman, I have that due respect for my National Chairman but I am happy to say that unlike other parties where the chairman has the ultimate say, in our party it is the leader. And until the next congress, the flagbearer of the party remains the leader of the party and that gives him the final say. I am not aware of any executive meeting that was held to decide on the party's official stance on this matter,” Mr. Asante said.

The National Vice Chairman also accused Mr Mornah of advancing his personal arguments and opinions as that of the party under the guise of past precedence.

Addressing the media on Thursday, leader of the Coalition of Political Parties for 'YES' to a new register, the LPG's Kofi Akaploo, called on all other political parties in the country to rally behind the EC to organise a free and fair election.

Meanwhile, the Inter-Party Resistance Against New Voter Register has planned to stage three different demonstration exercises against the Electoral Commission to protest the compilation of a new voters' register ahead of the 2020 general elections.

The decision to compile a new register has been met with criticisms by these interested parties and other stakeholders, as well as a section of the public.

Addressing the press on Monday, January 6, 2020, the Founder of the All People's Congress (APC), Hassan Ayariga, said the exercise by the EC is aimed at disenfranchising some electorates, hence their decision to undertake series of actions to convey their disapproval of the decision by the EC.

January 11, 21 and 28 are the days the group has set to stage the demonstrations in Tamale, Kumasi and Accra respectively.