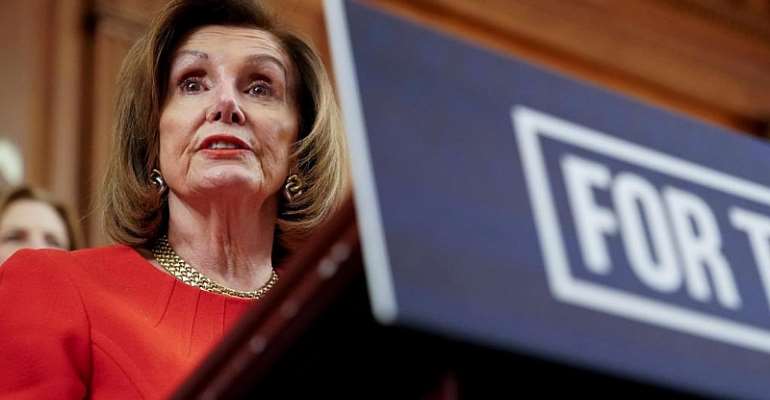 The United States is set to vote on Thursday on a measure limiting President Donald Trump's ability to take military action against Iran, as the backlash following his decision to kill a top Iranian general continues to intensify.

In a one-page statement, speaker of the house Nancy Pelosi said last week's drone strike of General Qassem Soleimani was “provocative and disproportionate.”

In response, Vice-President Mike Pense said on Thursday during an aerly morning television interview that Soleimani “was travelling the region making plans to bring an attack against American personnel and American forces.”

But, again, would not disclose full details of this intelligence.

“When it comes to intelligence we have to protect sources and methods, there's only certain amount we can share with every member of Congress,” added Pence.

Voting on the resolution comes as tensions between Tehran and Washington appear to be easing, after Iran's President Hassan Rouhani warned on Thursday of a “very dangerous response” if the US makes “another mistake”.

The attack was in retaliation for the US strike that killed Soleimani.

Rouhani added that the missile strike was a legitimate act of self-defense under the U.N. Charter.

Shortly after the strike, Trump spoke from the White House stating there were no American.

But according to the semi-official Iranian Tasnim news agency, General Ali Fadavi, the acting commander of the Revolutionary Guard said 13 missiles were fired killing 80 Americans.

RFI and other non-Iranian media have not been able to verify this claim.

He did stress the goal of the operation was not kill anyone but to “strike the enemy's military machine”.

Trump did signal that he would not retaliate militarily for the strike, adding “the United States is ready to embrace peace with all who seek it.”

Nuclear deal
In addition to launching strikes, Iran abandoned its remaining commitments to the 2015 nuclear deal; the very same one Trump walked away from in May 2018.

Rouhani added however, Iran would continue to cooperate with UN inspectors.

Pence announced on Thursday that Trump will ask its allies to ditch the current Iran nuclear deal and to join the US in withdrawing from the deal and demand that Iran abandon “its long history of sowing terrorist violence, abandon its nuclear ambitions and join the family of nations.”

Ukranian Airlines crash
The missile attacks were followed by news that a Boeing 737 operated by Ukrainian International Airlines had crashed early Wednesday morning, just minutes after taking off from Imam Khomeini International Airport in Tehran.

No official cause for the crash has been made, but Ukraine outlined on Thursday four potential scenarios, including a missile strike.

Kiev says it wants to search the site of Wednesday's crash southwest of Tehran for possible debris of a Russian-made missile used by Iran's military.

The US has since stated it believes an Iranian missile brought down the aircraft.

Iranian investigators say the plane was experiencing an unspecified technical programme that killed all 176 people on board.