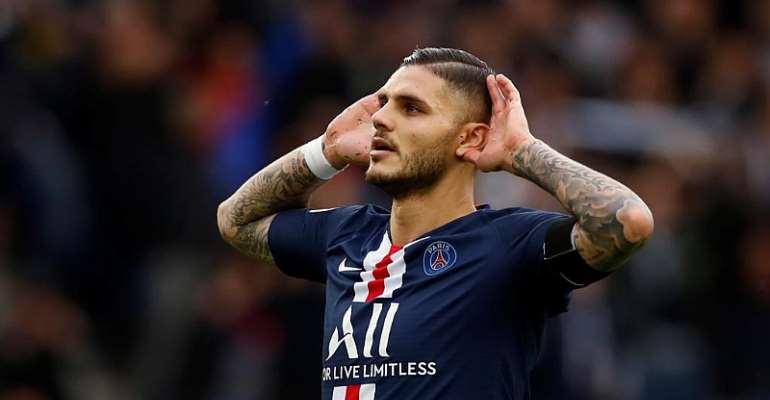 Paris Saint-Germain cruised into the League Cup semi-finals on Wednesday ngiht with a six goal destruction of Saint-Etienne. Mauro Icardi was the star of the show with a hat trick and an assist.

Icardi, who joined PSG on loan from Inter Milan at the start of the season, opened his account inside two minutes at the Parc des Princes.

Revelling in the extra space, Neymar doubled the advantage after 39 minutes and on the stroke of half-time goalkeeper Jessy Moulin scored an own goal

Trying to clear Angel Di Maria's cross into the penalty area, Timothee Kolodziejczak sliced the ball into the legs of teammate Loic Perrin.

Icardi added the fourth just after the restart and completed his hat trick on 57 minutes with a tap in after being set up by Kylian Mbappé.

The Argentine returned the favour for eight minutes later allowing the 21-year-old Frenchman to score his 19th goal of the season.

"I am convinced that Icardi and Mbappe love to play together," said PSG boss Thomas Tuchel, whose side have scored at least four goals in their past six matches. "For me, it's not important which system we play but how we play."

Former PSG midfielder Yohan Cabaye hit a consolation goal for Saint-Etienne when he headed in the rebound after his second-half penalty was saved by Sergio Rico.

Semi-finalists
Lyon joined PSG in the semis with a 3-1 victory over Brest. Moussa Dembele broke the deadlock on 19 minutes and Houssem Aouar added a second shortly after half-time.

Luiz Araujo and Victor Osimhen were on target as Lille overcame Amiens 2-0.