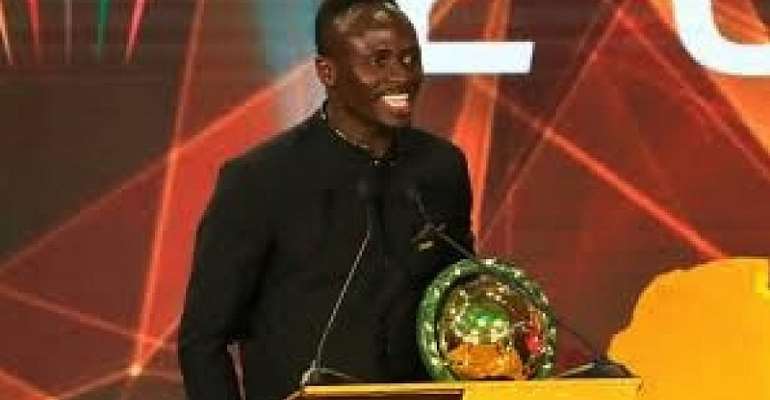 It was third time lucky for Sadio Mané when the Liverpool and Senegal striker was anointed African footballer of the year. The 27-year-old eclipsed his teammate Mo Salah and Manchester City's Riyad Mahrez to the accolade.

In 2017 and 2018, Mané was on the three-man final shortlist but lost out to Salah on both occasions.

"I am really happy and at the same time I am really proud to win this award," said Mané at a gala ceremony in the Egyptian Red Sea city of Hurghada. "It's a big day for me."

Mané is the second player from Senegal to collect the honour organised by the Confederation of African Football, the continental game's ruling body. In 2001 and 2002, El Hadji Diouf won the prize.

During a spectacular 2019, Mané scored 34 goals and produced 12 assists in 61 appearances.

He was a runner-up with Senegal at the Africa Cup of Nations last July, a few weeks after winning the Uefa Champions League with Liverpool.

Towards the end of 2019, he helped Liverpool add the Uefa SuperCup and the Club World Cup to the Anfield trophy cabinet.

Honours
With half of the 2019/2020 English Premier League season completed, Liverpool are unbeaten and 13 points clear of their nearest rival.

"I would love to thank all the Senegalese people," Mané added. "They have been for me all the time, they push me."

Nigeria's Asisat Oshoala won the women's award for the fourth time and Cameroon's women's squad was selected as the continent's best team after reaching the last 16 of the World Cup.

Algeria scooped the men's prize after their surge to the Africa Cup of Nations title in Egypt. The team's coach, Djamel Belmadi, was named coach of the year for guiding the side to its first continental trophy since 1990.