Kurz sworn in as Austrian chancellor with Green Party support 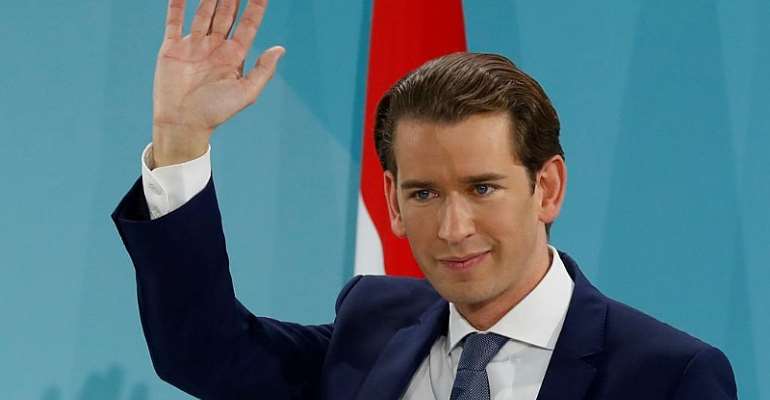 Sebastian Kurz, the leader of Austria's conservatives, was sworn in Tuesday at the head of a coalition with the Greens following the collapse of his previous alliance with the far-right.

The 33-year-old became the world's youngest democratically elected leader in 2017. As chancellor he will preside over a union which gives the Greens power in a national government in Austria for the first time.

Vowing to protect the climate and the borders, Kurz said he would offer Austrians the best of both worlds by pushing for the country to be carbon neutral by 2040 and also continuing previous strict anti-immigration measures.

The Austrian Populist Party (OeVP) and the Greens agreed last week to govern together after the last administration with the far-right collapsed in a corruption scandal. Both the OeVP and the Greens made key gains in September's snap polls.

Challenge
The OeVP has 10 ministers in the new coalition, while the Greens have four with party chief Werner Kogler taking on the vice-chancellorship.

Kurz first became the world's youngest chancellor in a government with the far-right FPOe, ruling from December 2017 until May 2019. He maintained a hard line against immigration and brushed off several racist and anti-Semitic incidents involving his far-right colleagues.

But then Heinz-Christian Strache, the FPOe leader and vice-chancellor, became engulfed in a graft scandal, leading to the fall of the coalition and snap elections.

Disappointed FPOe supporters defected to the OeVP which won 37.5 percent of the vote - an increase of almost six points from 2017.

The Greens, who failed to get into parliament in 2017, garnered 13.8 percent as climate change replaced immigration as a top voter concern.