In Defense Of The Constitution Of Ghana: A Charge To Keep! 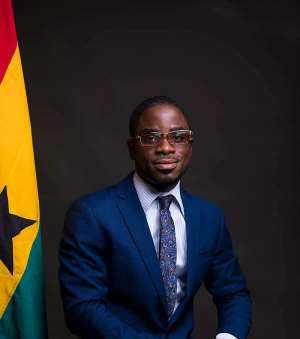 “Ghana has the best constitution in this world, and let us make it work for us….”

Introduction
The words of Her Ladyship the former Chief Justice of the Republic of Ghana, Sophia Akuffo during a brief ceremony after her valedictory judgment following her retirement are still profound, that “Ghana has the best Constitution in the world…” Accordingly, a call was made to ensure that the Constitution is made to work and more so be defended at all cost.

A timeless product!
I know that there are several portions of the Constitution that many may not approve of or find relevance for in these times. Nevertheless, it was a product of the “joint wisdom” of the framers who were assembled albeit with their “prejudices, their passions, their errors of opinion, local interests…” All these together make it unique a product, one cognizant of the good as well as the bad, aware of the need to protect a free people though insufficient in itself, detailed but also adaptive to changing times and above all “a product of time yet timeless.” It lends itself to new perspectives, insights and ever-growing aspirations. An eternal reward for current and future generation – worthy of all-time celebration.

A living document capable of growth!
In the infamous words of Sowah JJ. S.C. in the celebrated case of Tuffuor v Attorney-General, “the Constitution has its letter of the law. Equally, the Constitution has its spirit… its language, therefore, must be considered as if it were a living organism capable of growth and development.” The Constitution evolves, as it were, when the society we live in changes. By so doing, it keeps the country running, its people in check and always progressing. As a living Constitution, it does this by offering itself to be interpreted as and when necessary, so as to keep it in line with current needs and purposes.

A document of foresight, it indeed serves as a moral “backdrop to a political system” no matter how messy it may be. It shows that it is not a Constitution promulgated by dead people and for dead people. Rather it represents the collective aspirations of all Ghanaian people, even those yet unborn. For that matter, it reinforces the belief in humankind’s ability to transcend current times and place in order to strive for a perfect tomorrow.

The Constitution, I dare say, reminds us that many great things come from very civil and sometimes passionate disagreements. The Constitution is the source of livelihood for many, be them judges, lawyers, academics, journalists, laymen - whatever they may be called. The Ghanaian Constitution is still relevant as it generates new discussions and intellectual discourse. Some defend it as being the cornerstone of democratic governance whilst others argue against it as being a flawed document lending itself to several erroneous interpretations. Whatever position holds true, these promote national conversation and intellectual awareness which is very much needed in our democratic dispensation.

A safeguard and blueprint for justice!

A historical excursion into the corridors of this nation’s political development would show that the country has been through a lot of trying times as regards the guaranteeing of the protection of the rights and freedoms of citizens. Also, the country has seen several dark days characterized by authoritarian and tyrannical rule. The Constitution being a safeguard and a blueprint for justice protects against the tyranny of the majority. This is a Constitution worth celebrating!

The Constitution is a creature devised to offer a means by which democracy can be contained in our setting and dispensation. Without it, we surely would be faced with a state of disorder. A people without protection and freedoms! A people cowed by the fear arising from tyranny. Thanks to the Constitution, this fear has been reduced to the barest minimum if not eradicated at all. Men are innately “ambitious, vindictive and rapacious” and so the virtue of a Constitution is the insistence that all are governed by the rule of law and not the rule of men, to minimize all forms of ill and self-seeking interests.

Worth celebrating and defending
Her Ladyship the former Chief Justice of the Republic of Ghana, Sophia Akuffo has recently, after the delivery of her valedictory judgment, charged her colleagues on the Supreme Court to “please” protect Ghana by protecting the Constitution, its function, and the judicial function as provided under the 1992 Constitution of Ghana. The Constitution surely needs to be protected from all sorts of undermining.

Truly, the Constitution depends on the tireless dedication and efficiency of judges, lawyers and legal practitioners who must defend it at all costs, without fear or favor. The Constitution is not self-executing. It needs to be protected as it also protects. Through its continual interpretation, judges and lawyers responsible for telling all others what the Constitution really means must approach the task with much dedication, service and utmost humility.

Also, we the people of Ghana have an equal duty as allowed by the Constitution to protect and defend it. In this lies our strength and growth as a nation.