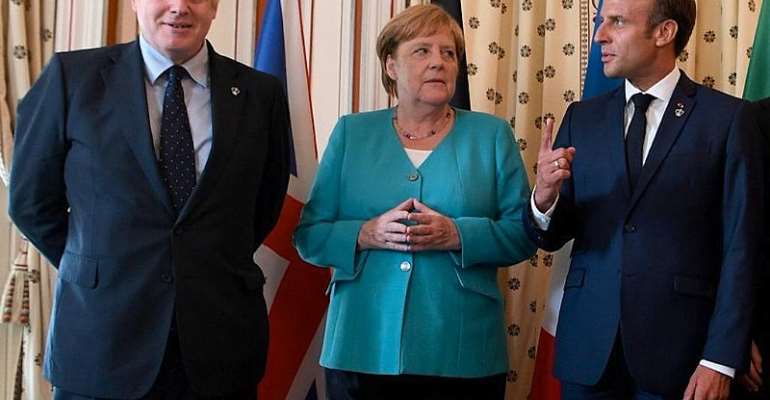 EU leaders have urged restraint on all sides over the volatile situation with Iran, as Nato ambassadors met in Brussels. In a phone call to US President Donald Trump, France's Emmanuel Macron expressed "total support" with its allies, while urging Iran to avoid “destabilising” action, as Tehran announced its fifth step back from the 2015 nuclear deal.

“It is crucial now to de-escalate. We call on all the players involved to show utmost restraint and responsibility. The cycle of violence in Irak must stop,” the three leaders said in a joint statement published on Sunday.

They called on Iran to refrain from further violent action or proliferation, and urge Iran to reverse all measures inconsistent with the JCPOA (nuclear deal).

On Sunday evening, Iran announced its fifth step back from the deal, saying it will forgo a "limit on the number of centrifuges" while stressing it would continue cooperation with the International Atomic Energy Agency (IAEA).

Iran will no longer abide by any of the restrictions imposed by the 2015 nuclear agreement, particularly its capacity for enrichment, the level of enrichment or the stock of enriched material.

Following a telephone conversation with US President Trump, Macron expressed his “total support” towards its allies within the US-coalition, namely in the context of recent attacks by armed groups against premises of the Global Coalition against IS in Iraq.

Le Drian also spoke with his Chinese counterpart, Wang Yi, at the week-end. China is among the countries signatories to the 2015 nuclear deal. Both China and France expressed a common goal towards appeasing tensions and calling on Iran not to violate the Vienna accord. Le Drian and Wang Yi also agreed on the need to preserving the sovereignty of Iraq.

No lament, says Boris
The UK's Boris Johnson said Britain “will not lament” the death of Qassem Soleimani, blaming him for “the deaths of thousands of innocent civilians and western personnel”.

Johnson added that calls for retaliation would lead to more violence in the region.

UK's Foreign Affairs minister, Dominic Raab, earlier backed the Trump administration's “right to self-defence” in carrying out the airstrike against Soleimani at Baghdad airport last Friday. Pompeo has accused European allies of not being “helpful enough” after the assassination.

Raab is to meet US secretary of state, Mike Pompeo, in Wasgington on Thursday 9 January.