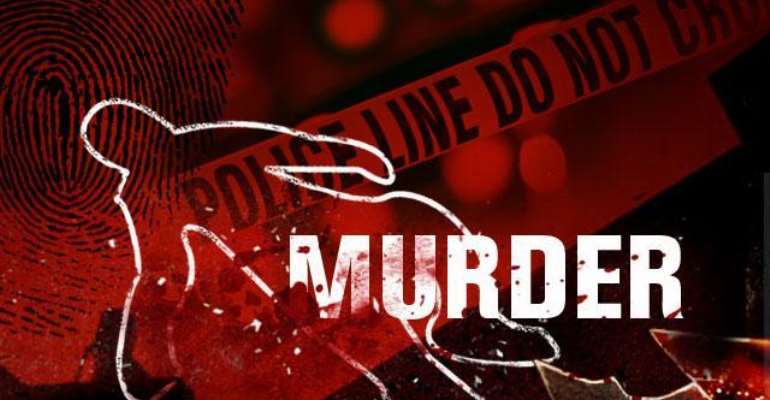 A normal relaxation and good time at a hotel meant to soothe the body and soul has sadly turned bloody leading to the death of an unidentified woman.

Reports say that the lady and her fiancé checked into the hotel located at Danyame in Kumasi on Thursday, January 2, 2020. And they were said to be relaxing peacefully in their room.

Unexpectedly, two armed men broke into the locked hotel room and shot the woman dead at close range for no apparent reason.

The man was also shot by the hoodlums but fortunately, he was able to survive.

After committing the heinous crime, the two gunmen quickly fled the scene to escape arrest.

What influenced them to kill the woman (name not known) in that bizarre manner still remains a 'mystery'. But the swift manner in which the gunmen shot the lady dead has sparked suspicion that it may be contract killing.

According to reports, the lady and her fiancé checked into the hotel located at Danyame in Kumasi on Thursday, January 2, 2020. And they were said to be relaxing peacefully in their room.

From nowhere, the two gunmen reportedly broke into their room and started spraying bullets at the hapless woman. Having been shot several times at close range, she immediately gave up the ghost.

Fortunately for the man, even though he was also shot by the runaway goons, he survived the scary attack.

The sound of the gunshots attracted scores of people to the scene but by the time they arrived, the killers had fled.

The body of the lady had been deposited at the morgue of the Komfo Anokye Teaching Hospital (KATH) for autopsy. The man, who was said to be in critical condition, is responding to treatment at the same medical facility.

Meanwhile, the police are said to have initiated investigations to help arrest the culprits to face the law.