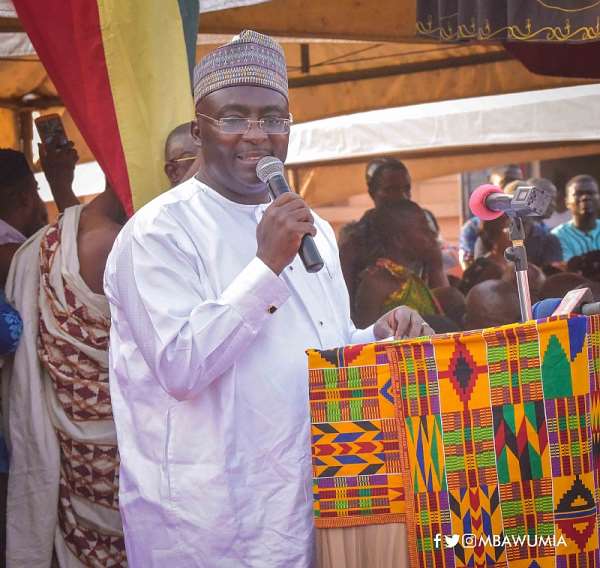 He underscored that aside from the general social inventions nationwide, Abiriw has benefited enormously under the government of President Akufo-Addo. Apart from flagship programs like free SHS, planting for food and jobs, NABCO.

Speaking on the government Flagship program, the free SHS Dr Bawumia explained the logic behind the double-track system.

Dr. Bawumia further noted that Abiriw has benefited from the following projects of government.

He assured the Chiefs and People of Abiriw that more development projects would be rolled in 2020 to further improve the lives of the people. This is what President Nana Addo Dankwa Akufo-Addo promised to do in order to make a prosperous Ghana meaningful.