Oh! Mother Africa, Why Is There Only One Children's Hospital In The Republic Of South Sudan? 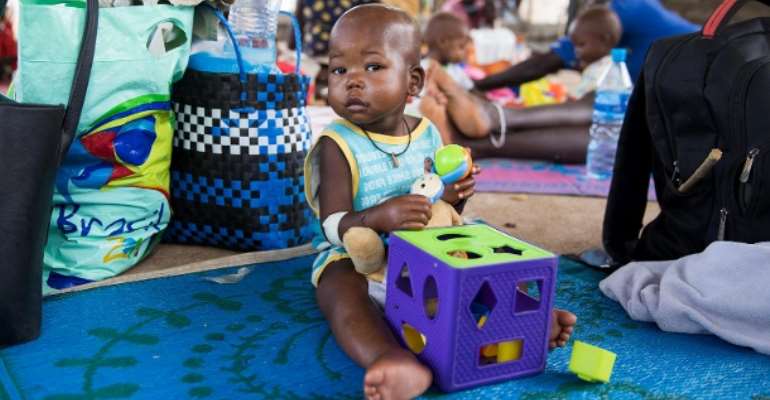 One year and seven months old Child in the only children's Hospital in Southern Sudan.

Hunger crisis: Where German donations save children's lives. The little boy is one year and seven months old from the town Juba in South Sudan.

There is only one hospital in the country, the Republic of South Sudan that specializes in the medical treatment of children, the Al-Sabbah Children's Hospital in Juba. It is the place of last hope for infants suffering from diseases such as malaria and severe malnutrition. Donations from Germany are of great importance here.

The little boy sits quietly on the floor, a colourful toy in his hand. At first sight he looks healthy, may be just a little shy child. Only his tired eyes let you guess how he really he's, in mortal danger. Now the 21-year-old Mother, who is expecting the birth of her second child every day, is very afraid of losing her first-born.

A month ago, the little child contracted malaria. He hardly ate anything anymore, did not want to play or move. "When he got worse and worse, I took him to hospital," says the mother.

This extreme bottleneck in medical care in Southern Sudan is what the mother means when she says: "Everyone here knows that there is only this one place where my child can be saved". The family lives far away. The mother and her husband, who works as a taxi driver, had to spend a lot of money to bring their son to Al Sabbah. 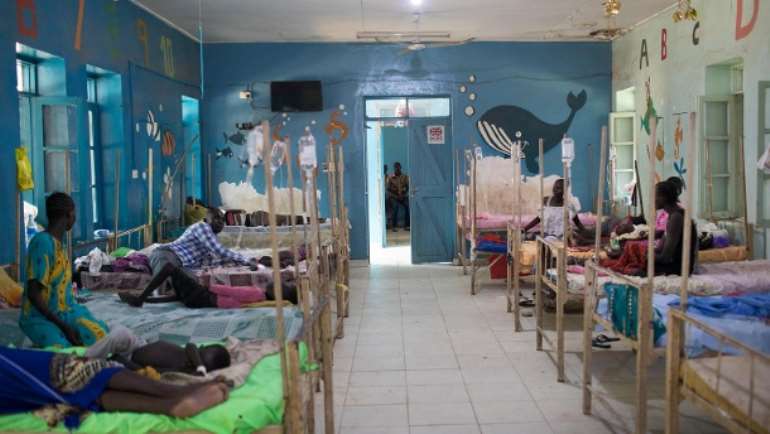 A hospital room at the Al Sabbah Children's Hospital in Juba.

If you walk through the corridors of the children's hospital, it quickly becomes clear that the hospital it is very different from a normal hospital. In a treatment room there are about ten beds, if there are many small patients, sometimes 16. There are only few medical devices.

But often the beds are empty because if it gets too hot in the room during the day, the mothers sit outside with the little patients in the courtyard. There they spend the day in the shade, on a bast mat on the floor. 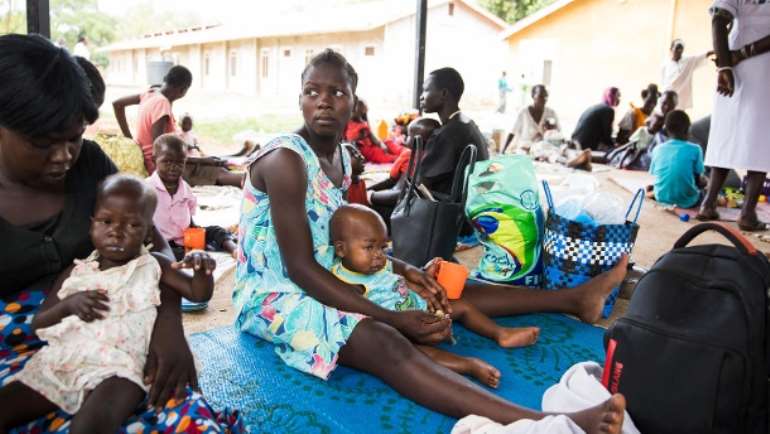 Mothers with their Children in the courtyard (outside) of the Al Sabbah Children's Hospital.

Referring to aid organisations and donations

Without aid organisations such as Unicef, it would not be possible for the Al Sabbah to survive. The United Nations Children's Fund supports in particular the nutrition centre within the hospital, where poison is also treated.

Here it becomes tangible what donations from Germany mean for children like him: they finance the bed in which he sleeps. They pay the salary of the doctors and nurses who examine him. And they make it possible for him to be treated with special food, which should quickly give him new strength.

"When malaria and malnutrition come together, it becomes dangerous"

The Al Sabbah specializes in the treatment of children suffering from malnutrition in combination with medical complications. Malaria, which is also poisonous, is a major threat. "Malaria is one of the diseases that often lead to malnutrition," explains Jesca Wude Murye, nutrition expert at Unicef, "It takes away the child's appetite. If he or she then eats hardly anything for weeks on end, the child will quickly become malnourished." But the vicious circle also turns in the other direction. "Malnutrition weakens the child's immune system, and soon the child has nothing to fight off diseases like malaria. 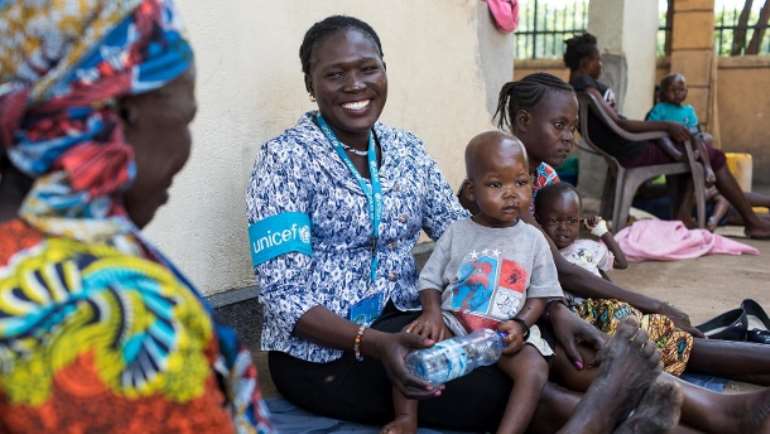 "If a child has malaria and is malnourished, but only malaria is treated, we achieve nothing", Jesca Wude Murye continues. "We must always treat malnutrition as well, otherwise we will lose the child."

Treatment with milk and peanuts
With this holistic approach, the doctors also treat poison. In the first days in the Al Sabbah, he is so weak that he cannot eat solid food. He is given special therapeutic milk. Correctly it is called "F75 milk", the doctors and nurses also call it "miracle milk". It contains many carbohydrates, but hardly any proteins or fat, which the weakened child's body cannot digest well. F-75: The special therapeutic milk is mixed from powder and water.

Peanut paste and the special milk was supplied by Unicef. In addition, the aid organisation supplies the hospital with mosquito nets and soap. The nets protect against a new infection with malaria, washing hands with soap against diseases such as diarrhoea. Unicef is also responsible for training doctors and nurses and regularly checks the conditions in the hospital and the quality of treatment. Between January and November 2019, Unicef successfully treated 639 girls and boys against malnutrition in Al Sabbah Hospital, "said Yves Willemot from the Unicef office in South Sudan.

The nurse in the only Hospital in the Country gives the women a weekly ration of peanut paste. Even if a child is getting better, it is still all not out of the woods. It takes six to eight weeks to treat a malnourished child.