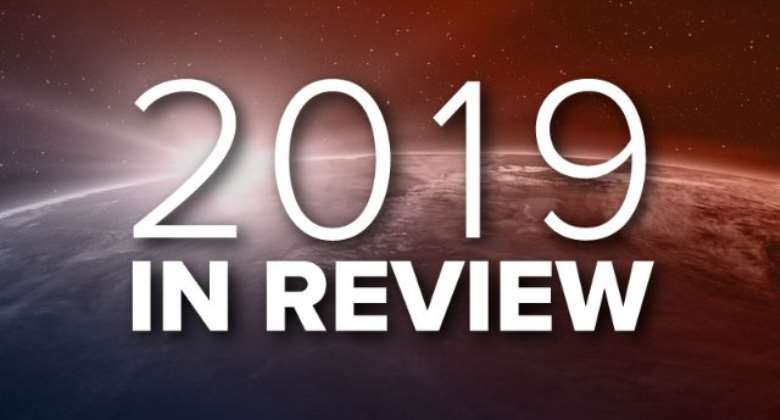 This year in few hours from now will go past us and we are eagerly looking forward to 2020. The year 2019 was one the business community will hold to heart forever as it saw a wide array of issues dominate the headlines.

The stories are many but we selected a few worthy of note. Here is JoyBusiness’ pick of stories that made the headlines in 2019.

Termination of the PDS deal

This is perhaps the most controversial news that rocked the power sector in 2019. The termination of the PDS deal electrified all of us and left us wondering what was amiss and if indeed our electricity supply will be regular or leave us shocked.

On October 23, 2019, the Electricity Company of Ghana announced it had taken full control of power distribution as it terminates its contract with Power Distribution Services (PDS).

Consequently, all activities which were hitherto undertaken by PDS have been reverted to ECG.

Another controversial business story of 2019 was the introduction of an upfront charge of the Communication Service Tax (CST) by the various telcos.

The implementation stage of the CST drew sharp protest from Ghanaians online leading to the suspension of the upfront charges by the telcos.

The CST was previously set for 6%, however, it was raised to 9% during the presentation of the 2019 Mid-year Budget Review by the Finance Minister.

The Finance Minister, Ken Ofori-Atta, told Parliament that the levy was increased in a bid to build a viable technology ecosystem in Ghana.

The closure of the Nigeria-Benin border also sparked some debate. Land borders with countries including Benin and Niger have been partially closed since August 20 in a move meant to curb the smuggling of large quantities of rice and other commodities.

The blockade has had a ripple effect across West Africa, with factories and traders struggling to import key raw materials and having to use alternative routes for their exports, according to the Lagos Chamber of Commerce.

Drivers who carry goods through the border have been stuck on either side for about three months.

Nigeria has however extended the closure of its borders till January 31, 2020.

The Ghana Union of Traders Association dominated the headlines this year. Their most impacting was the feud they had with foreign traders which they believed had contravened a section of the GIPC Act which reserves retailing in the markets for only Ghanaians.

From Kumasi to Accra, members of GUTA locked up shops of foreigners in the retail market.

Angry members of GUTA locked up about 52 shops belonging to foreigners at the Opera Square in Accra.

Storming the Central Business District November 04, 2019, GUTA called on the government to enforce the law that prevents foreigners from engaging in retail businesses in Ghana.

The government on April 4, 2019, announced the reduction in benchmark value of import duties at all of the country’s ports.

Vice President Dr Mahamudu Bawumia, who disclosed this at the Economic Management Team (EMT) town hall meeting said, benchmark value of import duties will be slashed by 50 per cent while importers of vehicles will enjoy a 30 per cent.

Associations such as the Ghana Union of Traders (GUTA) welcomed this move whilst others such as the Association of Ghana Industries (AGI) decried the move.

The debates raged on but the most important factor was the Finance Minister, Ken Ofori-Atta citing a drop in revenue because of this, which was meant to increase volumes at the port and in turn increase revenue.

“Mr Speaker, the general underperformance of tax revenue mainly stems from shortfalls in International Trade taxes and on Income and Property taxes.

“The shortfall in international trade taxes, which consist of Import Duty and Levies, External VAT, and Customs National Health and GETFund levies, resulted from lower import volumes, high admittance of imported goods into the zero-rated and/or tax-exempt import brackets and the lower tariff bands, up to the 10 per cent tariff levels.”

In Washington, D.C., in September 2018, President Nana Akufo-Addo declared and formally launched the “ Year of Return , Ghana 2019” for Africans in the Diaspora, giving fresh impetus to the quest to unite Africans on the continent with their brothers and sisters in the diaspora.

The Ghana Tourism Authority says it has spent about ¢6 million to market the ‘Year of Return’ both locally and internationally.

According to figures released by the Ghana Immigration Service, Americans arriving in Ghana increased by 26% to their highest ever rate between January and September 2019.

The numbers of visitors from the UK (24%), Germany (22%), South Africa (10%) and Liberia (14%) also grew. All told, Ghana reportedly issued 800,000 visas this year and announced that all nationalities will be eligible to receive a visa on arrival for the next month or so due to the heavy demand.

Several personalities have visited the country so far. Speaker of the US House of Representatives, Nancy Pelosi, Steve Harvey, Boris Kodgoe, Naomi Cambell, Akon among others.

On August 16, 2019, the Bank of Ghana (BoG) revoked the licences of twenty-three insolvent savings and loans companies and finance house companies.

The Bank of Ghana appointed Eric Nipah as a Receiver for the specified institutions in line with section 123 (2) of Act 930.

The Bank of Ghana on May 31, 2019, revoked the licences of 386 insolvent microfinance and microcredit companies.

This included 192 microfinance companies having their licenses revoked with another 155 insolvent companies that have ceased operations also suffering the same fate.

The revocation of the licences, according to the regulator, was to protect the integrity of the securities market and investors.

On November 29, 2019, the Governor of the Bank of Ghana, Dr Ernest Addison, has announced the introduction of ¢100 and ¢200 notes to the country’s currency denomination.

Dr Addison said in line with the results of the exercise, the BoG is introducing the new notes to complement the existing series to ensure customer convenience and bring about efficiency in the printing of currency to generate savings for the country.

In May 2019, BoG put into circulation, upgraded banknotes of the Ghana Cedi.

The rationale for upgrading the banknotes was primarily to enhance the security features of the banknotes in the context of an evolving technological landscape and to bring onboard features that will secure the currency and make it difficult for counterfeiting.

And oops we nearly forgot about this….

In a press statement on Wednesday, December 11, 2019, the company stated: “The current undiscovered potential of the Block is estimated at over 3 billion barrels of oil and gas in multiple leads and prospects within various proven reservoir units.”

Do you have a different list of top 10 business stories of 2019?