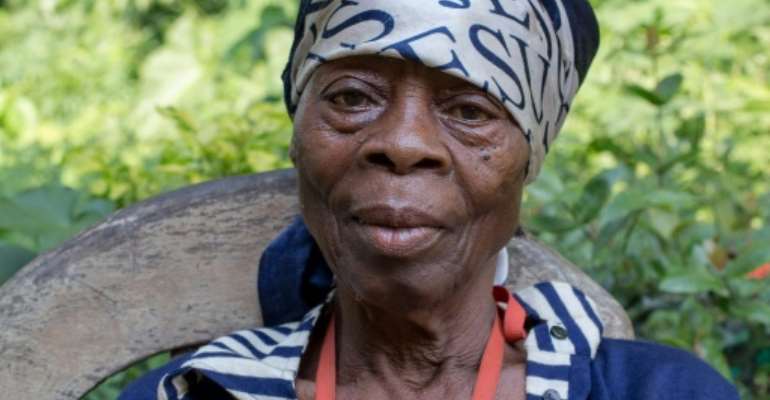 Survivor: Odile Mbouma says she saw dozens of people slaughtered by French troops who were hunting for Cameroonian independence fighters. By - (AFP)

It was a "dirty war" waged by French colonial troops but it never made headlines and even today goes untold in school history books.

The brutal conflict unfolded in Cameroon, which on January 1 marks its 60th anniversary of independence -- the first of 17 African countries that became free from their colonial masters in 1960.

Many decades on, those who witnessed the violence recall events that shaped countless lives in the central African country yet remain unchronicled today.

"My life was overturned," Odile Mbouma, 72, said in the southwestern town of Ekite.

On the night of December 30, 1956, French troops arrived in the town and slaughtered dozens of people, perhaps as many as a hundred, she said.

"We were sitting under a tree when we suddenly heard the crackle of gunfire," she said. "It was everyone for themselves." 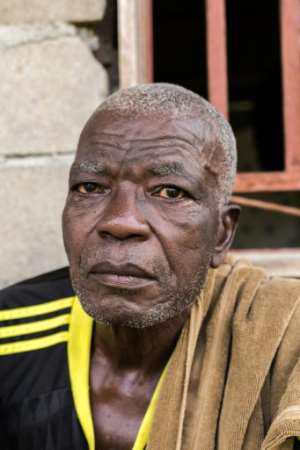 Benoit Bassemel was aged seven when his father was killed in the December 31 1956 massacre. By - (AFP)

Taking to her heels, the seven-year-old found herself jumping over bodies. "They were everywhere."

The troops were looking for independence fighters -- members of the Union of the Peoples of Cameroon (UPC), a nationalist movement established in 1948 that faced repression first by the French and later by Cameroonian soldiers.

French authorities labelled the UPC "communist" and cracked down from 1955, driving the movement underground, though its charismatic founder Ruben Um Nyobe preached non-violence.

In September 1958, Um Nyobe -- nicknamed Mpodol (for "he who brings the word" in the Bassa language) -- was killed by French troops.

"His body was dragged around and displayed so that everybody (saw the corpse) of a man who was considered immortal," said Louis Marie Mang, UPC activist in Eseka, where Um Nyobe is buried in a Protestant graveyard.

"To prevent traditional rites from being held, he was put in a block of cement and buried (without) a coffin." 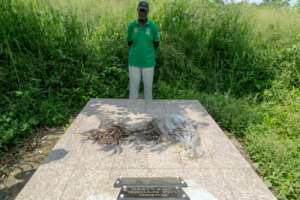 The conflict continued long beyond independence, for repression of the nationalists continued under Cameroon's first president, Ahmadou Ahidjo, who also banned public references to the UPC and to Um Nyobe.

They estimate that between 1955 and 1964, tens of thousands of people, including civilians as well as UPC members, were killed.

In Ekite, a wreath of flowers lies on the soil of a scrubland field at the end of a dirt track. "The Nation will remember your sacrifice," says a memorial notice.

"This is one of the mass graves where the nationalists were buried," said Jean-Louis Kell, a UPC militant.

A second ditch was apparent a dozen metres (yards) away, and "a third was discovered not long ago," said Benoit Bassemel. He was seven during the French massacre and has tears in his eyes when he tells how his father was murdered.

UPC nationalists believe that the independence granted on January 1, 1960 was not what they fought for.

They view the country's two post-independence presidents, Ahidjo and Paul Biya, who has been in office since 1982, as working hand-in-hand with France. 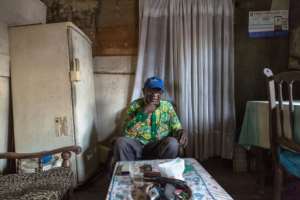 "We wanted to be free like the other countries. We no longer wanted white people to subjugate us," said 80-year-old Mathieu Njassep, in his tiny family apartment in Petit Paris, a poor district of Douala, the economic capital.

After two years of fighting, he was appointed secretary to Ernest Ouandie, a leading figure in the movement. He was sentenced to death but escaped the firing squad, unlike Ouandie, who was executed in 1971.

"We had almost nothing to wage a war with," Njassep said.

"We carried out ambushes" with machetes, sticks and homemade guns. "If we had had enough weapons, we would have beaten them."

At the time, the ALNK had established its headquarters in the village of Bandenkop, on the land of the main western tribal group, the Bamileke. Fighting was fierce between the nationalists and the French army.

In the rugged valley from which ALNK commanders led operations, there is no sign of human life today and the only sound is that of a bubbling stream.

Pekoua and other nationalists say French planes dropped napalm. France has neither confirmed nor denied the use of the notorious incendiary weapon.

On a road 30 kilometres (19 miles) to the north, in Bafoussam, a roundabout is known as the "crossroads of the guerrillas," for it was where the decapitated heads of nationalists were placed on show, said Theophile Nono, head of a historical association, Memoire 60. 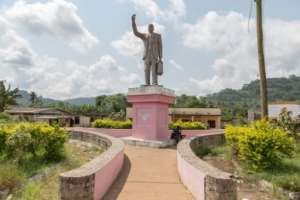 A statue of Ruben Um Nyobe has been erected in Eseka to commemorate his part in Cameroon's independence. By - (AFP)

The regime's methods "ranged from the arrest and arbitrary imprisonment of any Cameroonian suspected of 'rebellion' to systematic torture, with extrajudicial summary executions," Nono said.

For many years the conflict mostly remained taboo in Cameroon. It was in the 1990s, when the authorities came under mounting pressure for democratic change, that people began to raise the historic past.

Biya, in a speech in 2010, paid tribute to "people who dreamed of (independence), fought to obtain it and sacrificed their lives for it... Our people should be eternally grateful to them."

After years of French silence, then president Francois Hollande in 2015 became his country's first head of state to speak of "a repression" of Cameroonian nationalists leading to "tragic episodes".

For many survivors, this is not enough.

"It must undertake to compensate victims of the dirty war, which has been carefully concealed by both the French side and the Cameroonian side."