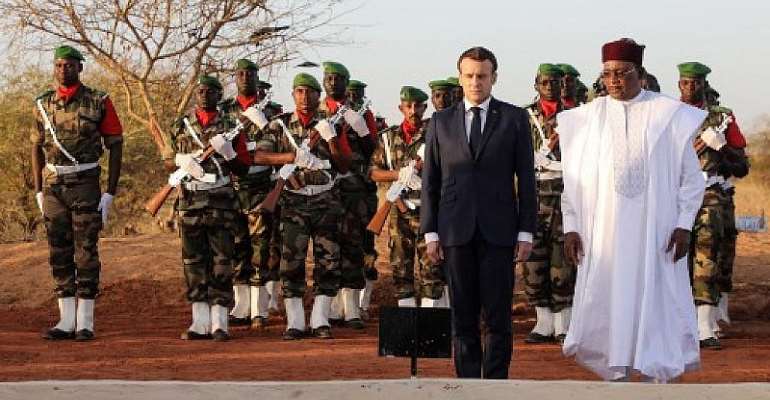 Both the far-right National Rally and the centre-right Republicans parties have called out President Emmanuel Macron for not wishing the French a Merry Christmas.

President Emmanuel Macron spent a quiet Christmas at the Bréganson Fort on France's Mediterranean coast with his wife Brigitte, according to a communique published by the presidential palace.

Macron's critics on the political right have taken to social media to criticise him for not wishing the nation a Merry Christmas.

Jordan Bardella, an MEP for the far-right National Rally party, took to Twitter on 25 December to complain, “the President of the Republic couldn't be bothered to wish his fellow compatriots a Merry Christmas. Not a word, not a tweet…absolutely nothing.”

Within a few hours the tone of some right-wing opposition MPs changed to become distinctly Islamophobic. Jean Messiha, also with the National Rally party, accused President Macron of rather “celebrating the giving of aid to Muslims” than wishing French people a Merry Christmas.

Macron traveled to Côte d'Ivoire late last week where he celebrated an early Christmas with French troops stationed at Port Bouet military camp and who are regularly deployed on missions to fight Jihadists in the Sahel. He announced a boost in support for the G5 Sahel Force.

Macron went on to visit Niger's President Mahamadou Issoufou in Naimey where he paid his respects at the tomb of 71 Nigerien soldiers who were ambushed and killed by Islamic insurgents close to the border with Mali.

There is no protocol that dictates French presidents must address the nation at Christmas. For the past 62 years the president has given a televised speech on 31 December.

France is currently divided over the government's proposed pension reforms that have sparked an open-ended national strike. Right-wing parties that suffered heavy losses in the 2017 presidential election in France appear to be capitalising on Macron's troubles at home and his pre-occupation with fighting jihadists abroad.