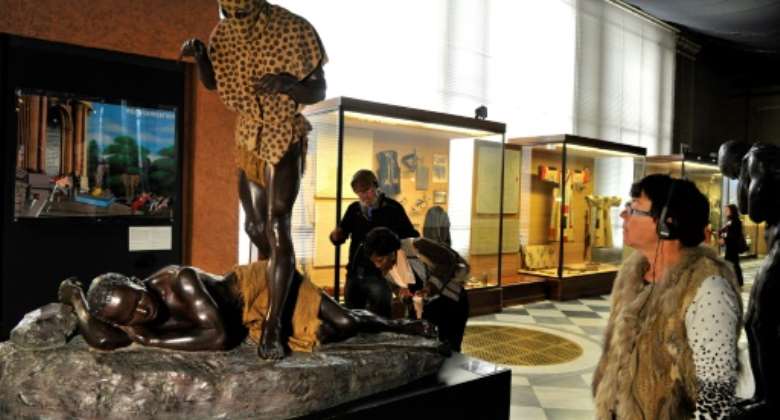 The museum reopened after a major refurbishment. By GEORGES GOBET (AFP/File)

Belgium's Africa Museum has stopped using a white guide accused of making racist comments during a tour with students and painting the country's colonial past in a positive light, its director told AFP on Tuesday.

"He is no longer a guide at our museum," Guido Gryseels said after meeting the freelancer to confront him with the allegations. "We have distanced ourselves from his statements."

The guide, who has not been named, made remarks giving a rosy view of Belgium's colonialism in Africa during a recent tour of the museum given to a group of history students from the University of Antwerp, one of their number, Hanane Llouh, alleged on Twitter and to AFP.

Gryseels said the guide, whom he sat down with on Monday, confirmed a "lack of judgement" in his comments portraying colonial history positively, but denied making outright racist statements.

"We have stopped our collaboration with him," Gryseels said, adding: "He's a freelancer so we can't really fire him."

The director added that the museum would now "re-evaluate" its vetting of the guides it used.

The row blew up just a year after the museum, once notorious for its uncritical celebration of Belgian colonial exploits in central Africa, reopened following a major refurbishment that sought to bring it up to date.

Belgium ruled African colonies in territory now included in Rwanda, Burundi and the Democratic Republic of Congo in the late 19th and early 20th century in a notoriously brutal and exploitative fashion.

The museum said the dropped guide had been working for about six months and had given around 70 tours.