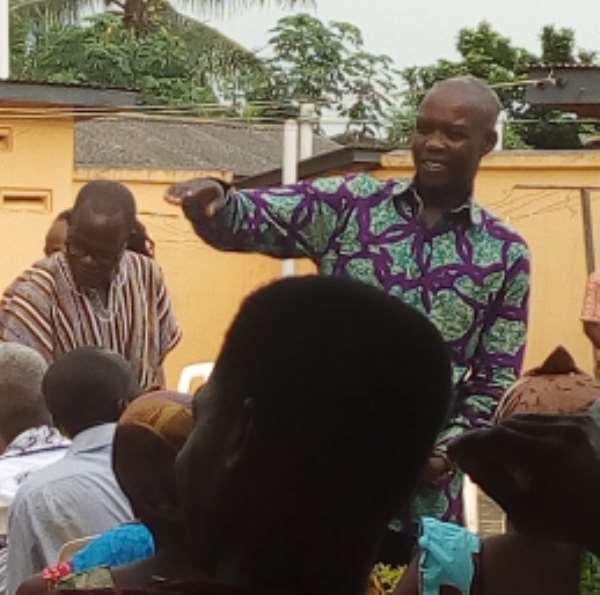 The Member of Parliament (MP) for Akatsi South constituency in the Volta Region Hon. Bernard Ahiafor has called on delegates, leaders and supporters of the opposition National Democratic Congress (NDC) to work in unison to make the party more attractive to the electorate ahead of the crucial 2020 poll.

The MP made the appeal yesterday after his final 'Thank You' tour he embarked on to celebrate his 24th August Parliamentary Primaries victory with over 900 delegates across the Akatsi South constituency.

Mr. Bernard Ahiafor, the Akatsi youth legislator expressed profound gratitude to the delegates for the confidence reposed in him once again, indicating that the victory belonged to every member of the NDC, irrespective of the candidate, or the candidate whom each supported at the primaries.

Strengthening the grassroots structures and making the party more appealing to the electorate, the MP stressed, key way to winning both the Parliamentary and Presidential seats in the 2020 elections is hardwork and unity among all party leaders, delegates and supporters of the party from national to the branches.

Hon. Bernard Ahiafor commended Mr. Solomon Adoteivi and other constituency executives in Akatsi South District for working with him to strengthen the grassroots of the party before and after the primaries.

According to him, he will all it take to work with them and other leaders of the party to oust the NPP government.

He told the ruling New patriotic party to start preparing their handing over notes early before the middle of the year 2020 because they will at all cost lose power.

He called on the electorates to use their Assembly members to foster development of every Electoral Area.