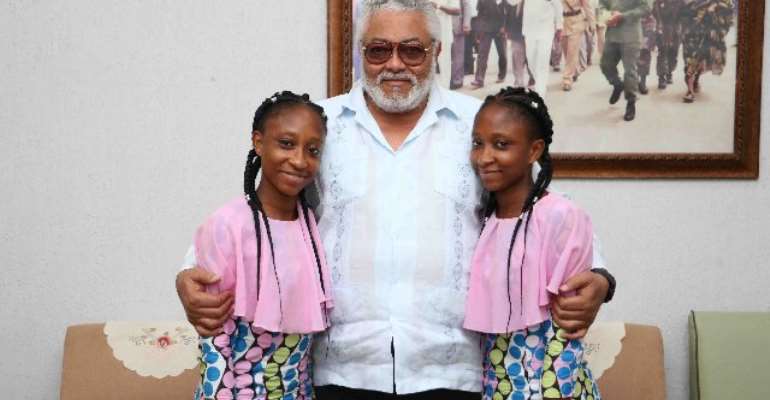 Formerly conjoined twins, Lydia and Linda Awui, have called on former President Jerry John Rawlings to thank him for his kind support in ensuring that the bill for their surgery, aimed at separating them, was taken care of.

The identical twins were born conjoined and separated at the Korle Bu Teaching Hospital in 1999, three months after their birth.

Accompanied by their parents, Eunice and Benjamin Awui, the delegation thanked Mr Rawlings for intervening to ensure the cost of the surgery was taken care of when he was President in 1999. 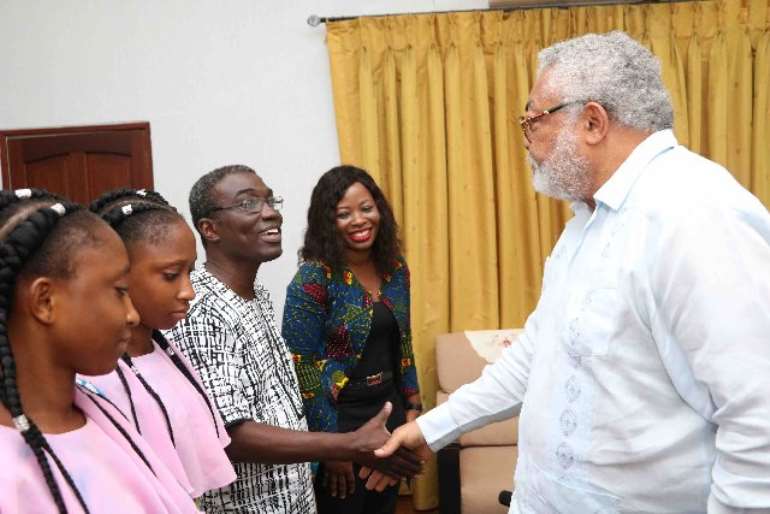 The twins and their parents presented the former President with a plaque and adorned him with beads to express their appreciation for his support. 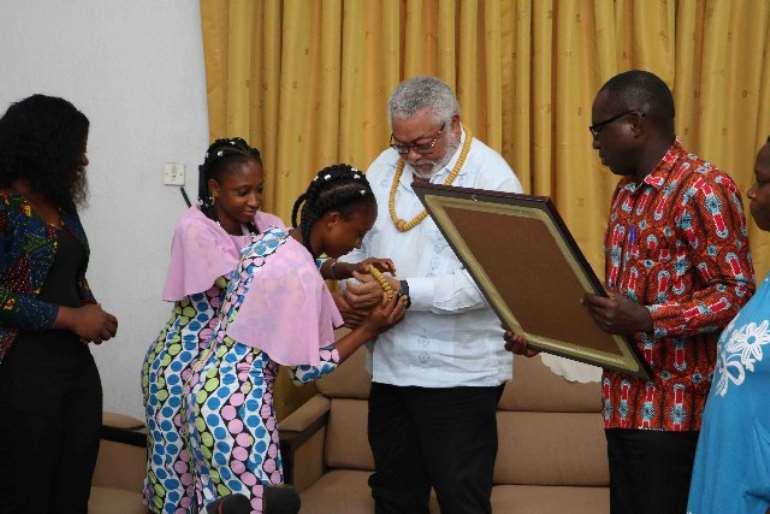 Lydia and Linda, who live in Odumase Krobo, have led a generally healthy life since their separation.

The twins recently completed their secondary education at Akwamuman Senior High in Akosombo and are hoping to study medicine at the university. 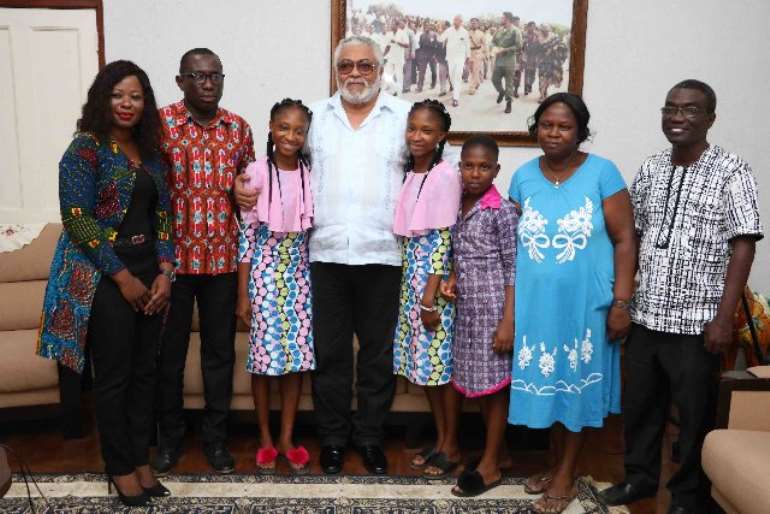 Dr Appeadu-Mensah explained to the former President that the two were joined in the abdomen and had a common liver. He said there were two sets of surgeons and anaesthetists who participated in the six-hour procedure.

Former President Rawlings thanked the twins and their parents for the visit and congratulated the medical team who undertook the successful separation procedure for a “fantastic job”. 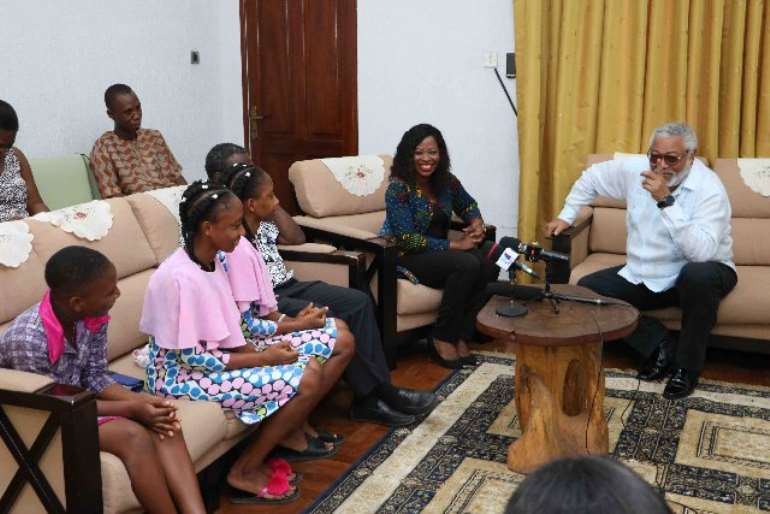 They expressed his joy in seeing Dr Appeadu-Mensah, stating that, “I am so glad somebody is here representing such level of skill. It’s always a pleasure and honour to meet people like you who always perform miracles. It’s a real wonder they made it, listening to the statistics.”

Dr Kwesi Senanu Djokoto, personal physician and aide to the former President said, “for us to see them 20 years on, living a very normal life is a phenomenon on its own.” 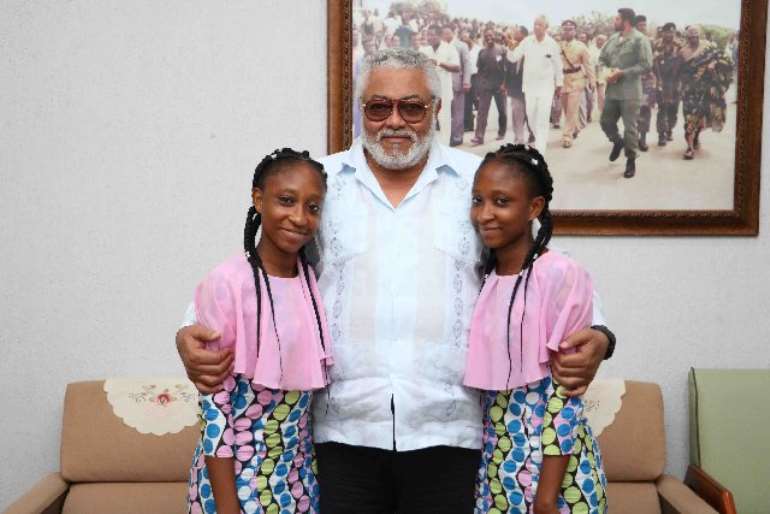 He praised former President Rawlings for facilitating the surgery adding, “the surgery in 1999 was something to celebrate because the procedure spoke of the technological advancements of our medical personnel even at that time.” 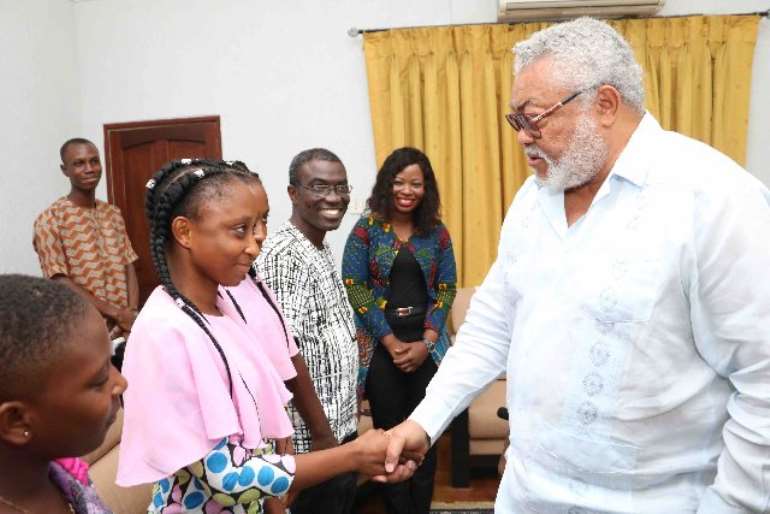 Dr Djokoto disclosed that conjoined twins are an extreme phenomenon occurring in about one in 189,000 births with approximately half stillborn and a third dying with 24 hours of birth. 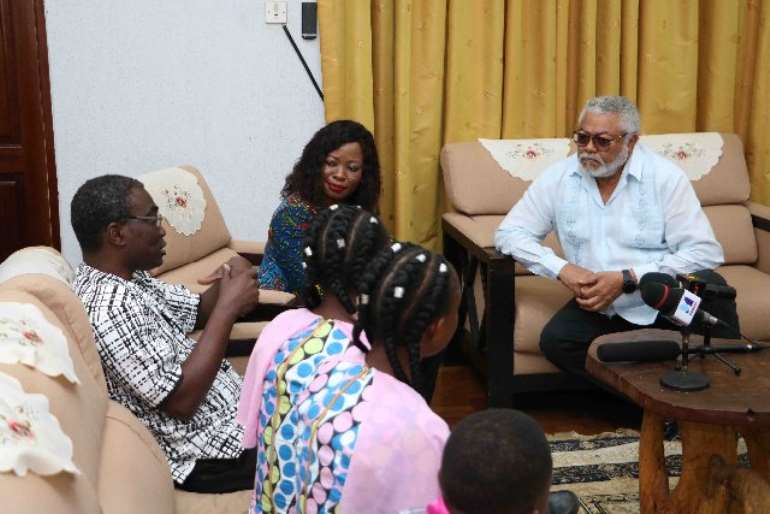