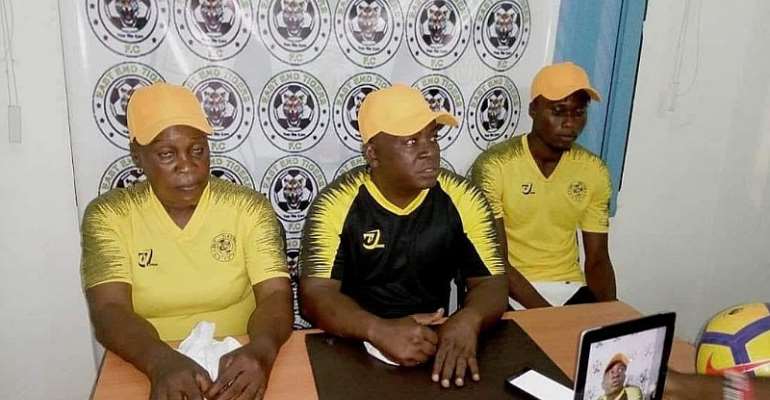 One the top-ranking Sierra Leonean football teams, the East End Tigers, has named a veteran female footie player and women's coach as their new head coach  for the first time in club history.

"I'm so proud being a woman... to be appointed head coach of a male football team," Victoria Conteh told Agence France Presse newswire. “It's never happened in sierra Leone,” she added.

The police officer is no stranger to football. She began playing the sport as a child in the defender position, then working her way up to captaining the police football team.

Conteh, also known as D'Cox, will head the East End Tigers, a team that hails from Tongoma, a diamond-mining area in the eastern part of the country.

“We are delighted to announce the appointment of Victoria Conteh,” said the team on its social media account, adding that she holds a Confederation of African Football (CAF) license.

Her rise to coach the top team is quite unusual for a country that that been repeatedly called out by human rights groups for its discrimination against girls.

Just this month, a regional Economic Community of West African States (ECOWAS) court ruled that Sierra Leone's ban on pregnant girls from attending school was discriminatory, and called on them to immediately lift the bar to their access to education.