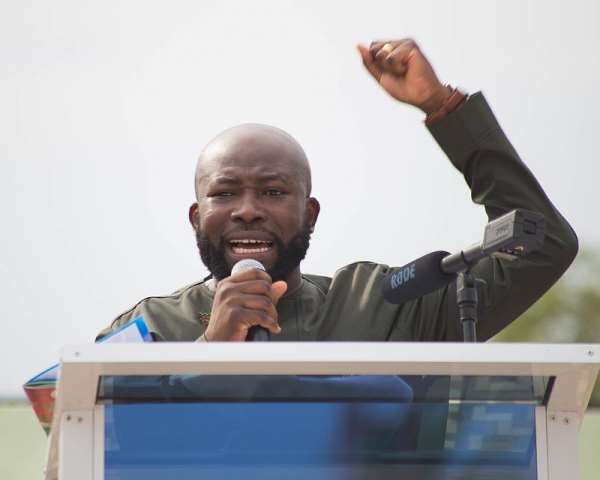 These were the words of the Chief Executive Officer of the Chamber of Bulk Oil Distributors (CBOD), Senyo Hosi as he bewailed the protracted chieftaincy dispute in Mafi State that has stalled development in the area.

Addressing a durbar of chiefs and people of Mafi at the 2019 Mafi Hogbetsotso, Mr Hosi bemoaned the extent to which the economic development of the people in the area has been shattered, owing to the over 22-year-old chieftaincy dispute.

The disputes in the Mafi State, he lamented, “have become an economic oppressor of the prospects of the youth and children of Mafi.”

He stressed, “This dispute must not be allowed to stand. No clan nor person is bigger than the future of our children and youth today. Time is of the essence and the world is not waiting for Mafi. We cannot continue to allow such disputes to fester after 22 years of stagnation.”

Mr Hosi therefore called on the feuding factions to regard themselves as “brothers and sisters from one stock” and find amicable solution to the dispute.

He urged the chiefs and leaders of the various clans to refrain from pursuing legal action as an approach to ending the dispute because “family disputes are not solved in court.”

“You are brothers and sisters from one stock. You must solve your problems yourselves or call on your other cousins from the other clans to help you solve it. No matter what a court says, if the people fail to accept you, you will never rule indeed,” he noted.

Mr Hosi continued, “Mafi is a State which has graced Ghana with many illustrious sons like Dan Okudzeto (a true trailblazer who set up Ghana’s first indigenous Oil Marketing Company), Dr. Alphonse Dorcoo (Former MD of Tema Oil Refinery), Hon. Joe Gidisu - former Minister for Roads and Highways and many others. It is necessary we restore the honour of Mafi else very much soon, most of Mafi’s people will become citizens of other regions."

He expressed concern that the Mafi State has not been granted a traditional council status, a situation, he observed, hampered the management of the chieftaincy institution of Mafi.

In his view, the chieftaincy dispute “is not an adequate basis for the whole Mafi State to be deprived of this key institution.”

He therefore appealed to the government through the Volta Regional Minister, Dr. Archibald Letsa to grant traditional council status to the Mafi state as part of processes towards finding a lasting solution to the chieftaincy dispute.

The durbar, on the theme; “Repositioning Mafi for Unity and Development” was graced by a number of dignitaries including the Volta Regional Minister, Dr Archibald Letsa, who was the guest of honour and former President John Dramani Mahama.