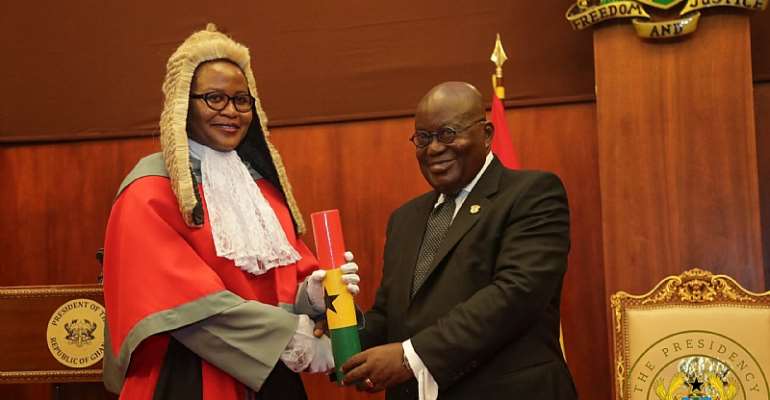 President Akufo-Addo, on Tuesday, 17th December, 2019, swore, into office, 45 Justices of the High Court and Court of Appeals, on the advice of the Judicial Council, at a ceremony at Jubilee House, the seat of the Nation's presidency. 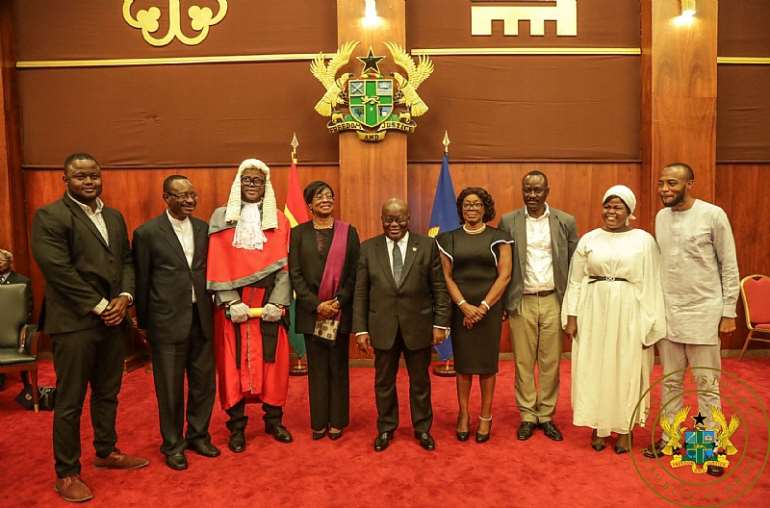 “I am very pleased to see such high numbers of female justices in our Superior Courts. I congratulate each one of the forty-five (45) new Justices on their appointment,” he said. 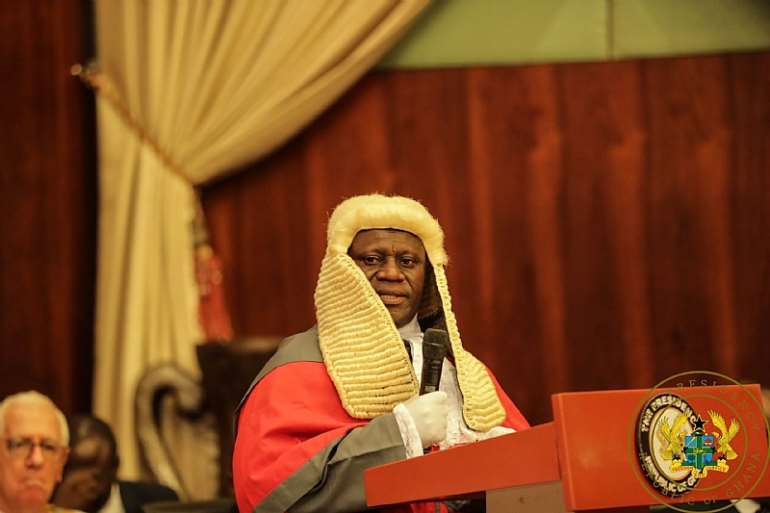 With the Constitution affirming judicial power solely in the Judiciary, President Akufo-Addo urged the Justices of the High Court and Court of Appeal to bear in mind that the growth of our nation demands that the Judiciary commands the respect of the people by the nature of its delivery of justice, as well as by the comportment of its judges.

“It is vitally important that we have judges who are honest, possess integrity and a sound knowledge of the law. The situation, where judges proffer judgments on the basis of decisions from lower courts and cite them as law, is not acceptable, and even less so, when judges cite no authority at all for their rulings, and give orders without reasons. You must be learned, know your case law and ensure your decisions and judgments are properly motivated,” the President said. 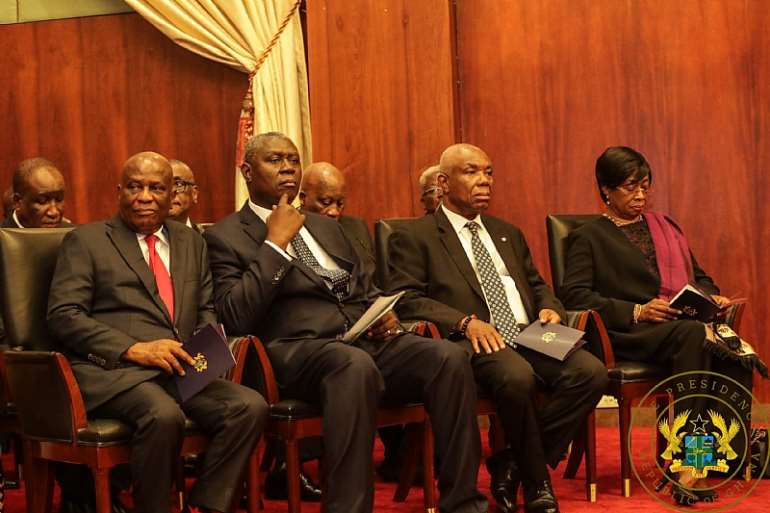 To the Justices of the High Court, he reminded them of the fact that “you are the first rung of the ladder of the Superior Court of Judicature, the Court of first instance, with original jurisdiction in all matters, and with express power in article 140(2) 'to enforce the fundamental human rights and freedoms guaranteed by this Constitution'.”

President Akufo-Addo told the High Court judges that “if you discharge your functions effectively, most judicial proceedings will end at your doorsteps, and, thereby, accelerate the process of judicial administration, for, in the well-known maxim of Roman law, “it is to the interest of the state that there be a limit to litigation”, sic “Interest Reipublicae Ut Sit Finis Litium”. 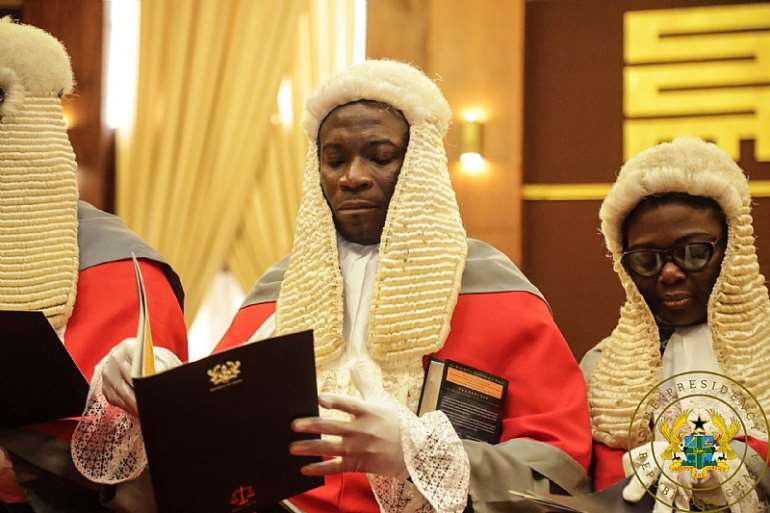 Reminding them of the exposè on judicial corruption undertaken by the well-known investigative journalist, Anas Aremeyaw Anas, President Akufo-Addo stated that “the people of Ghana cannot, and will not tolerate the repetition of the abysmal, dismal tale of acts of corruption that were revealed. You have a big duty to demonstrate integrity in all your dealings, if public support in the Judiciary is to be maintained”. 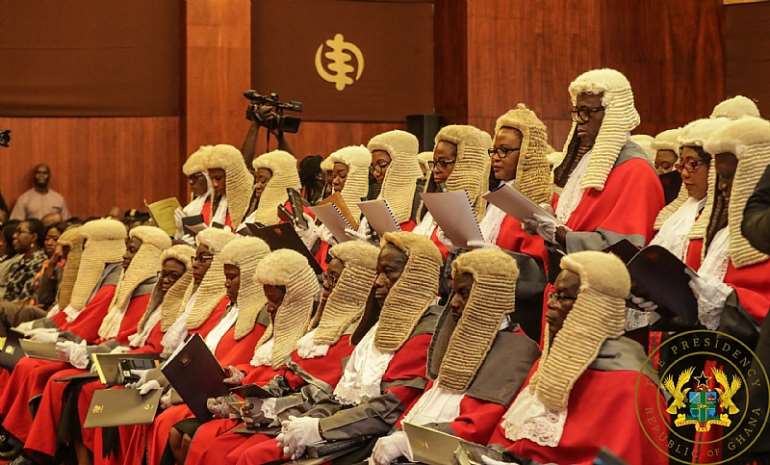 In concluding, President Akufo-Addo urged the gathering to help build a new Ghanaian civilisation, where the rule of law is not a slogan, but an operating principle for the development of our State, where the separation of powers is real and meaningful, where public officials behave with honesty and trust, where the liberties and rights of our people are fully protected, and where law and order provide a firm basis for our social and economic development, so that the dreams of freedom and prosperity that animated the great patriots, who founded our nation, can find expression in our time.

“All of us, from the public sector, the security agencies, the private sector, the political parties, the civil society, the religious bodies, and the traditional authorities, must work together, with our different views and our different perspectives, for the Ghana project – a united Ghana, governed according to the rule of law, respect for individual liberties, human rights and the principles of democratic accountability; a Ghana that meets fundamental requirements of social justice and solidarity; and a Ghana where we look past commodities to position our country in the global marketplace,” he added.