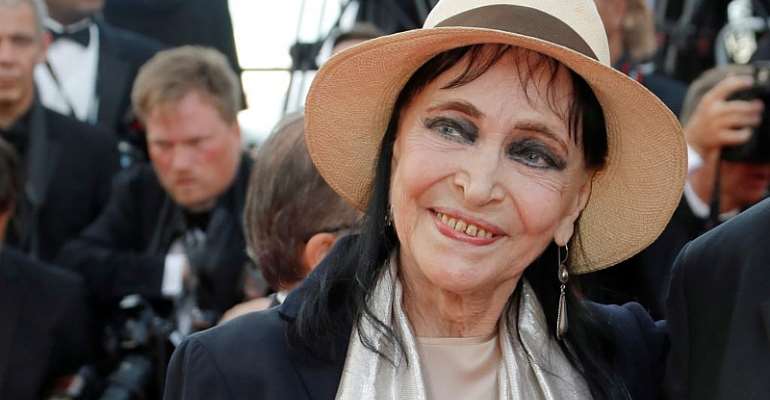 Anna Karina, the quintessence of France's Nouvelle Vague film movement, died on Sunday at the age of 79. Born Hanne Karen Blarke Bayer in 1940 in Solbjerg in Denmark, she fled in the late 1950s to Paris where she initially found work as a singer.

After drifting into modelling with Pierre Cardin and Coco Chanel, she followed the latter's advice to change her name.

Though she refused, he presented her with another role in his 1961 film Le Petit Soldat.

Barely out of her teens, she accepted. Marriage to Godard followed as well as parts in his features Bande à part and Alphaville.

Connected
There were also starring roles for directors such as Chris Marker, Agnes Varda, Jacques Rivette and Michel Deville.

"She was certainly the face of the Nouvelle Vague," film critic Thierry Jousse told RFI.

"Other actors and actresses are associated with the Nouvelle Vague such as Jean- Claude Brialy or Jean-Pierre Léaud but I think Anna Karina will remain the incarnation of that time in the 1960s."

Though she exploded into prominence during that daredevil decade, she maintained the flourish into the 1970s.

After directing herself in the 1973 feature Vivre ensemble, Rainer Werner Fassbinder used her acting abilities three years later in Chinesisches Roulett. And she continued with cameos in films, TV movies and stage plays. There were also four novels as well as records and stage muscials.

Fortune
"I would never have thought for a second that I'd be able to do all that," said Karina as she reflected on her eclectic career.

"Obvioulsy when I came I wanted to live in Paris. I wanted to work or ... if that didn't work out ... perhaps go away with a troupe of travelling performers - you must remember I was very young.

"But I was very lucky that people took an interest in me quite quickly so that was extraordinary because I didn't know anyone at the beginning."