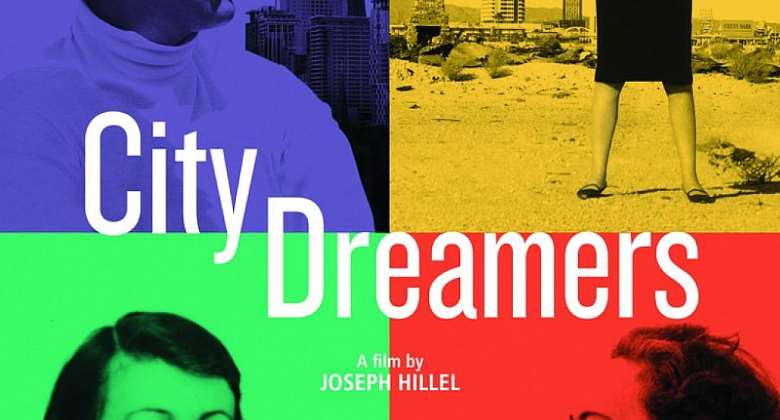 A film by Joseph Hillel

The post World War two city boom was filled with dreams of cars and highways that extended across fast-growing cities. But much of that boom came at the expense of ensuring that these metropolises catered to basic human needs.

Thanks to the vision and expertise of four trailblazing female architects, some of north America's iconic cities evolved to ensure a balance between modernism and human urbanism.

The last major push for urban planners to create new city spaces was after World War II, when towns were expanding rapidly to create a new modern era of suburban living, cars and highways.

Among those urban planners were four women -- all architects.

These trailblazing women are the focus of a documentary called City Dreamers by Montreal-based director Joseph Hillel.

Through rare film clips of the women and the work they did throughout the 20th century, he pieces together the legacy left by these architects.

Many of the attempts to improve cities today look back to the work of these women.

Old boys club
Their names may not be well known outside architectural or urban planning circles, but they have been there since these cities began changing in the 1950s.

They are Phyllis Lambert, based in Montreal.

Blanche Lemco van Ginkel, who worked in both Toronto and Montreal.

And Cornelia Hahn Oberlander, who was based in Vancouver.

Back then, architecture was really seen as a man's job.

They managed to break into the old boys club and assert themselves not as the assistants, but as the architects, which wasn't always easy.

In the documentary, one of the architects jokes about the fact that when the doors close at a meeting and she was asked to leave as it was assumed she was one of the secretaries.

But to really appreciate what they accomplished in the 20th century, you have to  understand that architecture is not just about designing houses.

That's the first lesson Hillel learned in putting together this documentary.

“Architecture is not only buildings, it's more of a holistic point of view and it's more human than I thought,” Hillel told RFI.

“They [are] always putting the people, the humans, in the centre of their work and their thinking,” he adds.

Milestones
Each woman contributed her own theory, vision, or approach to urban landscaping and planning.

The starting point for the documentary for Hillel was via van Ginkel.

“She's a woman I had heard about, since I'm in Montreal…because she saved Montreal,” Hillel explains matter-of-factly.

During the 1960s when many large cities were destroying old parts of the city to make way for highways to accommodate increasing commutes between the city and the suburbs, she pushed back to save Montreal's old port.

Along with her husband, Sandy van Ginkel, they co-found van Ginkel Associates in 1956 that focused on conserving historic districts, and ensuring pedestrian-friendly spaces abound.

Lambert is also well-known in Montreal for her activism in preserving many of the patrimonial buildings that were slated for destruction to make way for new buildings that took away from the identity of the city.

“She's also responsible for the first building of The Seagram building,” in New York City, as well as the founder of the Canadian Centre for Architecture.

“I knew Denise Scott Brown from readings. . . I read Learning from Las Vegas, it's a classic,” explains Hillel.

She, along with her husband Robert Venturi, designed many building complexes and developed architectural theories.

But when he was awarded the Prizker Prize in 1991, the equivalent of a Nobel Prize, he asked that his wife also be included, but the panel refused.

In 2013, a petition was passed around asking that she be given a prize retroactively, but the jury declined to revisit the decision.

Oberlander is considered the world leader in landscape architecture, which means she looks to build spaces that are filled with local nature that suit the needs of the urban population. She imagines and promotes sustainable and socially conscious designs that look to benefit entire communities of all ages.

She invented for example, the concept of green roof tops in many major cities.

A great and loved creation of hers is Vancouver's Van Dusen Botanical Garden Visitor Centre.

Lasting Legacy
Through their vision and determination, city centres were saved, nature was incorporated into metropolis, and people were included in urban planning plans. Cities are not just about the buildings.

In his hometown of Montreal, Hillel attests to the impact of these women.

“In Montreal. . . we didn't have that drive to have high rises,” as was the case in Toronto, Vancouver, New York and many other cities.

“There's an impact to that; you walk in Toronto and you don't see the sun. So in a way Montreal was not growing like all those…we developed a more human scale city,” with the likes of Lambert and van Ginkel leading the way.

Despite the women being between the ages of 87 to 93, they remain active in their work, or at least as consultants.

Hillel is currently making the circuit of film festivals to screen his documentary.