Ahead Of 2020: Develop Effective Internal Strategies To Tackle Bribery And Corruption 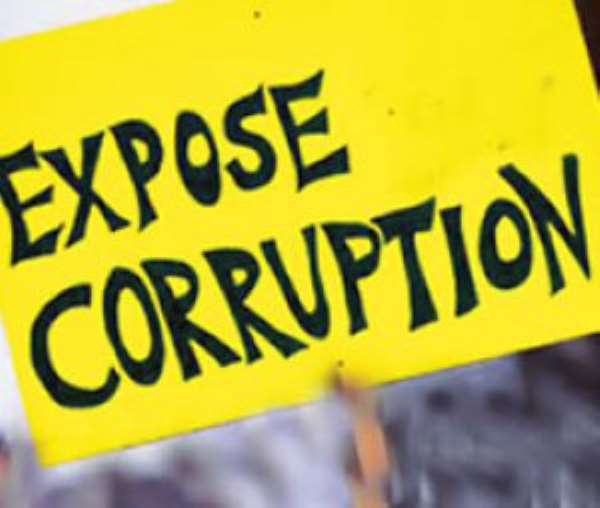 The 10th Edition of the Global Corruption Barometer released on the Anti-Corruption Day by Transparency International and Afrobarometer revealed that more than one in four people who accessed public services during the previous year had to pay bribes.

The Afrobarometer's Round 7 surveys, is the largest and most detailed survey of citizens' views on bribery and other forms of corruption in Africa. This is alarming and needs immediate, sustainable solutions. Failure to adopt a more robust action against the canker would further weaken Ghana’s Entrepreneurial Ecosystem with severe implications.

When entrepreneurs and businessmen are required to pay bribes before necessary permits are issued, they tend to view it as a cost of doing business and therefore pass that cost onto consumers (that is you and me) who suffer from high prices. Thus, for example, when a Ghanaian businessman goes to Tema Harbour to take delivery of goods, all the bribes that are paid may be tacked onto the final price they would charge consumers.

In those instances where businesses refuse to pay “speed money” or grease the palms of bureaucrats, they are subjected to delays and frustration. Again, these frustrations increase the cost of doing business and are passed onto the consumer in the form of higher prices.

Reduced investment leads to reduced goods and services and inflation

In extreme cases, the extortion of bribes from entrepreneurs can be seen as a tax which can reduce the incentive to invest. Foreign entrepreneurs, for example, will shy away from corrupt countries because they claim the cost of doing business is too high when one factors in the bribes. Reduced investment leads to reduced goods and services, a concomitant reduction in gross domestic product and inflation.

Imports is one way to deal with shortfalls in local production but that unfortunately puts pressure on Ghana’s foreign exchange reserves and balance of payments.

Corruption reduces the effectiveness of aid flows through the diversion of funds from their intended projects. Like many other developing countries Ghana benefits tremendously from aid inflows from donor agencies such as UNICEF, UNESCO, USAID etc. but increasingly these agencies are now concerned that their aid fosters sustainable development and not end up in the pockets of corrupt government officials or finance unproductive public expenditure. The agencies are therefore focused increasingly on issues of good governance and in those cases of poor governance; some donors have scaled back their assistance. Recently the US State Department has indicated that corruption in Ghana is on the ascendency and no serious efforts are being made to stop this danger for society.

According to World Bank Development (1997), FDI may still flow to countries in which corruption is systemic but only if bribery is affordable and results are predictable. Corruption can have a negative effect on foreign investment because for most foreign firms’ corruption is a cost of doing business to be recouped from revenues. Consequently, if the costs become too high or unpredictable, they disengage or shun the country altogether. High levels of corruption add to the risk of Ghana being marginalized in the international economy.

Corruption also brings about loss of tax revenue when it takes the form of tax evasion or the improper use of discretionary tax exemptions. The centerpiece of Anas work was to show how the corruption was depriving the Ghana government of much needed tax revenue. There are the familiar stories of tax officers receiving bribes and looking the other way as tax evasion runs rampant.

Corruption is undoubtedly the current hot-button topic in Ghana because of the Anas investigative work on Tema Harbour and “Enemies of the Nation.” Admittedly, the aftermath of this saga has exposed the modus operandi of typical bureaucratic fraudsters, but beyond that it has also shown the insidious nature of corruption by the very people who are supposed to protect the country and more importantly illustrated the evil effects of corruption on Ghana.

The Africa Centre for Entrepreneurship and Youth Empowerment (ACEYE), an entrepreneurial and policy think tank dedicated to improving Africa’s entrepreneurial ecosystem has waded into the ongoing discourse and advocates for more robust and effective systems to be adopted by stakeholders to fight Bribery and corruption, knowing the threat it poses on national socio-economic development

The prevalence of corruption arguably influences the economic environment through the creation of significantly higher levels of risks and uncertainty in economic transactions. Uncertainty is present both in the context of individual economic transactions and in terms of heightened fears about future developments in the broader economic environment. This fear and uncertainty translate to reduced business growth and reduced gross domestic product.

Finally, empirical research and regression analysis indicate that the amount of corruption is negatively linked to the level of investment and economic growth, that is to say, the more corruption, the less investment and the less economic growth. Analysis further shows that if the corruption index improves by one standard deviation (equal to 2.38 in this case--a standard deviation measures variation from the "normal" index), the investment rate increases by more than 4 percentage points and the annual growth rate of per capita GDP increased by over a half percentage point. In effect, a country that improves its standing on the corruption index from, say, 6 to 8 (recall that 0 is most corrupt, 10 least), will enjoy the benefits of an increase of 4 percentage points of investment, with consequent improvement in employment and economic growth.

From the cumulative force of the above points, it is clear that corruption has a strong potential to steal the wealth of a nation and impoverish its people. The more corrupt a country is the lower its economic growth rate. Whereas the above discussion is not exhaustive, it is a powerful enough sample of the salient factors. ACEYE is calling on all stakeholders within Ghana’s entrepreneurial ecosystem to internally evaluate their commitment towards the fight against Bribery and Corruption this year, rededicate and adopt effective systems as part of their strategies for the coming year in the country’s resolve to curb its excesses or eradicate it.