Can the 'Kebab King' win Brexit heartland for Labour? 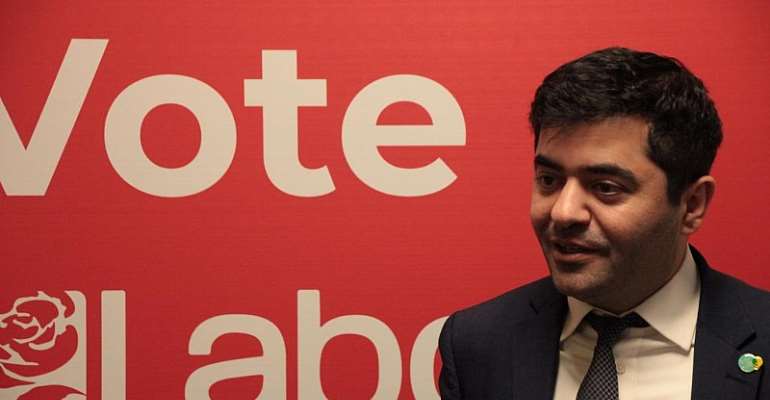 During Thursday's parliamentary elections in the UK, Labour leader Jeremy Corbyn's ally Ibrahim Dogus will try and hold onto the Labour stronghold West Bromwich East, that lies in the largely pro-Brexit West Midlands. “Kebab King” Dogus was picked to replace deputy Lbour leader Tom Watson, who had been a Labour MP for 18 years and who suddenly resigned on November 6, quoting “personal, not political” reasons. RFI spoke to him.

Dogus, who founded the Kebab Awards was selected in a process that lasted only 48 hours.

“It was a very quick selection process, the decision was a surprise to me and many others that I got selected to be the candidate for West-Bromwich East," he said

Critics say the selection of Dogus represents an attempt by Labour leader Jeremy Corbyn to strengthen his position within the party by putting his allies in key positions.

How can a newcomer to the area gain trust of the electorate on such a short notice?

“Labour is such a big family,  you don't have to have roots stretching back to Queen Victoria in this part of the world,” he says.

“I've been around for 5 weeks only and the amount of people that I've met, the relationships I've built with our communities has been amazing."

West Bromwich East is a parliamentary constitutiency and part of the pro-Brexit Sandwell metropolitan borough where 66,7 procent of voters supported Brexit in the June 23, 2016 referendum.

This puts the labour candidate in an awkward position.

“Brexit has caused a lot of divisions, within our communities across the country, including west-midlands and West-Bromwich,” says Dogus, but he is quick to divert the conversation from the sensitive Brexit issue.

“People's priority is not just Brexit,” he argues. "This election is about the National Health Service (NHS) and stopping Tories from selling NHS of to American multinationals." He lists other too: social health care, funding for schools and putting more police on the streets “for our safety.

“There are more concerns about NHS, about policing, about schools, all the austerity mesures taken by the .. gouvernement within the last ten years have ruined our communities's life,” he says.

But after being pressed, he denies that Labour's position on Brexit is vague.

“Our position on Brexit is very clear,” he says. “Labour wants to renegotiate a credible leave option, a deal that will work for our communities in West Bromwich East.

“But Labour wants to go back to people and ask for a confirmation: if they are happy with the deal labour has achieved or if they want to remain and reform European union,” he says but maintains that it is “wrong” to think that this “may be considered as a second vote” that does not respect the 2016 referendum.