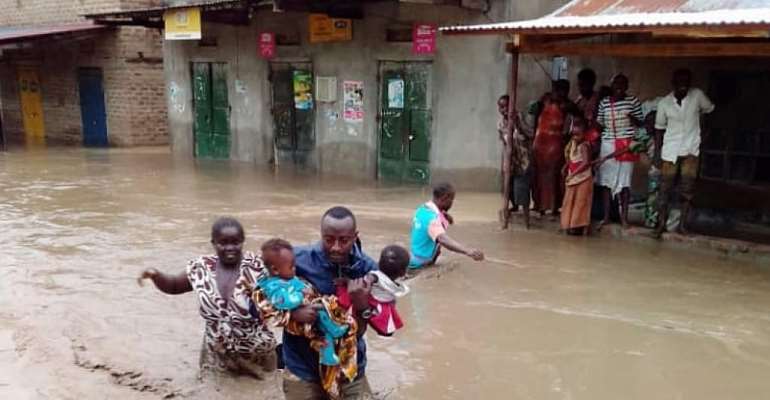 The worst floods in a generation have left 25 dead and many more missing in the east and southwest of Uganda.

Seventeen people are confirmed dead in the south western region of the country, and a child is still missing.

Speaking to RFI Emmanuel Okecho, a Disaster Protect Officer with Uganda's Office of the Prime Minister explained “the south-west in flood prone because of naturally low-lying areas and marshes.”

Bridges and roads have been submerged by the heaviest rainfall to hit Uganda in over 25 years, complicating relief and rescue efforts.

“The floods have caused millions of shillings worth of damage,” Monica Azuba, Uganda's Transport Minister, told RFI by telephone from Kampala adding, “the government is prioritising the humanitarian situation before assessing the full extent of infrastructural damage.”

The government dispatched an assessment team on Monday, and the Red Cross are leading search and rescue efforts in the east and south west of the country.

Scores of people are unaccounted for after mudslides engulfed homes killing at least eight people in the foothills of Mount Elgon over the weekend. This, despite concerted efforts by the government and environmental organisations to combat deforestation.

“These floods are worse than in 2010 because it has been raining almost constantly for two months,” says Okecho.

The rains are expected to continue at least until the end of December.