Military student shoots dead three, wounds eight at US base in Florida 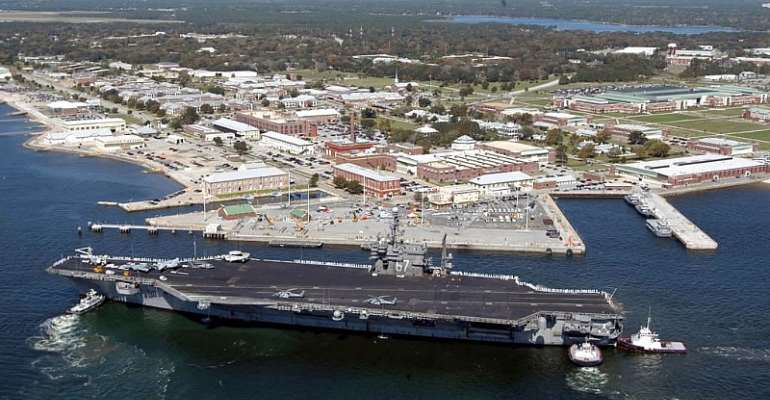 Three people were shot dead and eight wounded at a US military base in Florida on Friday, by a Saudi military student who was killed by police. The man had reportedly condemned America as a "nation of evil" in an online manifesto.

The shooting took place in a classroom building at Naval Air Station Pensacola in Florida.

The SITE Intelligence Group, which monitors jihadist media, identified the suspect as Mohammed al-Shamrani, saying he had posted a short manifesto on Twitter that read: "I'm against evil, and America as a whole has turned into a nation of evil."

"I'm not against you for just being American, I don't hate you because your freedoms, I hate you because every day you supporting, funding and committing crimes not only against Muslims but also humanity," he wrote.

ABC News reported that investigators were working to determine if it was in fact written by the shooter.

Florida Governor Ron DeSantis told a news conference that the shooter was from Saudi Arabia, the same nationality as 15 of the 19 men involved in the 9/11 attacks, some of whom attended civilian flight school in Florida.

Commanding officer Captain Timothy Kinsella said the shooter was an aviation trainee, one of "a couple hundred" foreign students at the base.

Six Saudis were detained following the shooting, including three who were seen filming the entire attack, The New York Times reported, citing a person briefed on the initial investigation.

The Pensacola naval air station hosts 16,000 military personnel and more than 7,000 civilians, and is home to a flight demonstration squadron.

Message of condolence from Saudi King
Saudi Arabia's King Salman telephoned US President Donald Trump to denounce the shooting, affirming that "the perpetrator of this heinous crime does not represent the Saudi people," according to the official Saudi Press Agency.

Saudi Arabia has long been a major US ally in the Middle East, thanks primarily to security considerations and oil.

Just two days earlier, a US sailor fatally shot two people and wounded a third at the Pearl Harbor Naval Shipyard in Hawaii before taking his own life.

"This has been a devastating week for our Navy family," Chief of Naval Operations Admiral Michael Gilday said. "When tragedy hits, as it did today, and Wednesday in Pearl Harbor, it is felt by all."