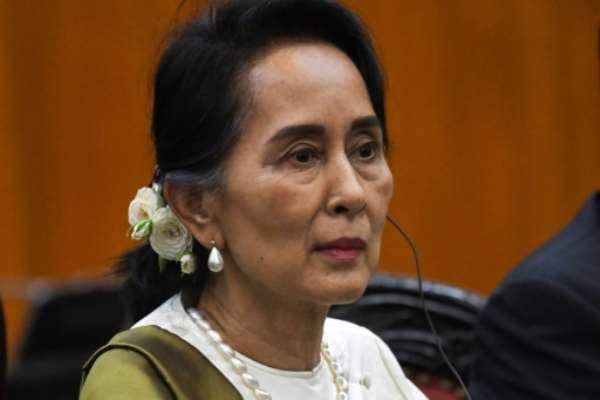 Be that as it may, Myanmar’s Aung San Suu Kyi, with an ever dwindling number of peace prizes and awards to her name for questionable responses to the plight of the Rohingya Muslim minority, has a plan. She intends to personally plead the case of her country against charges of genocide being made in the International Court of Justice. As the Ministry of the Interior has claimed, the argument against state brutality against the Rohingya has arisen due to ignorance about “the complexities of the issue and the narratives of the people of Myanmar.”

The case itself is drawn from the well of universal jurisdiction, a concept that Henry Kissinger finds so troubling to the freedom of flexible statecraft. The former US secretary of state, in 2001, warned that subjecting international relations to judicial procedures came with risks. “The danger lies in pushing the effort to extremes that risk substituting the tyranny of judges for that of governments; historically, the dictatorship of the virtuous has often led to inquisitions and even witch-hunts.”

Kissinger ignores a lingering point stretching back to Roman law that universal jurisdiction, or at least the rhetoric of it, can be exercised against certain crimes that might revolt the tender conscience humanity. Piracy, for instance, might be punished as an extra-territorial offence, though it should not be confused as being on all fours with international criminal law. “I need not tell you the heinousness of this offence,” came the pre-deliberation address to the jury in the piracy trial of Capt William Kidd in 1701. “Pirates are called ‘Hostes humani generis’ the enemies of the people.”

In this instance, the threat to Myanmar’s authority does not come from an internal action, but from the West African country of The Gambia as a representative of the 57-member Organisation of Islamic Cooperation. Last month, a 46-page application was submitted by the Muslim-majority state to the ICJ, alleging the commission by Myanmar’s authorities of mass murder, rape and the destruction of communities living within Rakhine State, ostensibly as part of a “clearing” program. “The genocidal acts committed during these operations were intended to destroy the Rohingya as a group… by the use of mass murder, rape and other forms of sexual violence, as well as the systematic destruction by fire of their villages, often with inhabitants locked inside burning houses.”

Some 720,000 Rohingya were forced to flee to Bangladesh in light of these operations, and the Independent International Fact-Finding Mission on Myanmar, established by the UN Human Rights Council, revealed nothing in the way of redeeming evidence on the part of government authorities. Its August 2018 report made special mention of the predations of the security forces in Rakhine State, though also noted the actions of armed ethnic groups in Kahin and Shan States. More detailed findings were published the following month.

The Mission, having designated the Rohingya to be a protected group, satisfied itself that acts of genocide had been committed. “Perpetrators have killed Rohingya, caused serious bodily and mental harm to Rohingya, deliberately inflicted conditions of life calculated to bring about the physical destruction of Rohingya, and imposed measures intended to prevent births to Rohingya.”

The decision by Suu Kyi to take the matter on personally in both roles as state counsellor and foreign minister is garnering mixed reviews. In Myanmar, propaganda units have been mobilised. Support for the decision is being encouraged in the days leading up to the December 10-12 hearings through planned rallies being organised by the ruling National League for Democracy (NLD) in Yangon, Mandalay, Monywa, and Mawlamyine.

Numerous armed groups have expressed their approval. Nyi Rang, external relations official for the United Wa State Army (UWSA) is one. “We are proud and supporting her taking responsibility and travelling to face the trial.” Colonel Khun Okkar, chairman of the Pa-O National Liberation Organisation (PNLO) is another. “We need to show our solidarity with the government which is trying to prove that the offences cannot be classified as genocide.”

This position, it should be said, is not universally shared within Myanmar itself. This stands to reason: not all ethnic armed organisations within the state are rooting for a government deemed the handmaiden of military brutality. The Myanmar National Democratic Alliance Army (MNDAA), the Ta’ang National Liberation Army (TNLA) and the Arakan Army (AA) suggest that claims of genocide are not only plausible but historical, having taken place over seven decades of civil war. According to a sombre spokesman for the AA, “She [Aung San Suu Kyi] should not be defending war criminals who try to hide behind the term ‘the charge of the nation’.”

The prosecutor of the ICC has also opened up a preliminary investigation into the matter, an action approved by the Pre-Trial Chamber III of the ICC, though the action is limited by the fact that Myanmar is not a signatory to the court’s statute. That said, the three-judge panel reasoned that an investigation could take place as long as part of the alleged criminal conduct occurred in the territory of a State Party. Myanmar may well not be a State Party, but Bangladesh most certainly is.

The Gambia case promises to revisit the at times contentious basis as to how universal jurisdiction is invoked, despite the acceptance by such organisations as Amnesty International that most UN Member States “can exercise universal jurisdiction over one or more crimes under international law, either as such crimes or as ordinary crimes under national law.”

The sight of Suu Kyi, defending the actions of the military against what security forces deem legitimate counterinsurgency operations, is going to paint a bleak picture indeed. From the giddy summit of peace prizes and romanticised positions against tyranny, the civilian leader of Myanmar has becomes a powerful exponent of a certain brand of blood soaked Realpolitik, state brutality sanitised and reasoned.