France braces itself for chaos ahead of massive December strike 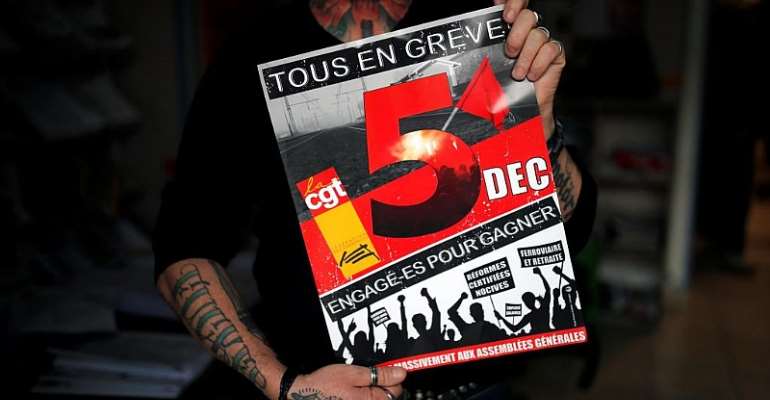 France is hastily scraping together contingency plans for this Thursday's massive nationwide strike, which is expected to bring the country to a standstill.

Schools will be closed and public transport cancelled as everyone from teachers, postal workers, firefighters and hospital staff protest proposed pension reforms.

Opponents say the government's “universal” retirement system will require millions of people to stay in the workforce longer, or face reduced pension payments.

The hardline CGT union reported more than 2,000 private sector calls to participate in what will be an open-ended industrial action that could go on for weeks.

As well as metro, bus and railway workers, airline ground crew and air traffic controllers will join in the 5 December walkout.

Even France's parliament, the National Assembly will be disrupted. In a decision announced last week, the assembly will not sit Thursday, though will remain open for committee work.

The strike is expected to start at 10pm local time on Wednesday, 4 December, when SNCF rail workers and Paris's RATP metro staff officially down tools.

The SNCF and RATP will announce the likely number of service cuts at 5pm on Tuesday. They're expected to match the 13 September strikes, when most Paris lines were completely shut down.

Marches are planned in dozens of cities across France. Demonstrations in Paris will converge on the Place de la Nation, with officials already ordering businesses along protest routes to close.

The 5 December strike is being backed by the grassroots Yellow Vest movement, which has taken to the streets every weekend for the past year.

The French government was forced to back down from its last major attempt to change the pension system, in 1995, when weeks of strikes paralysed the country.