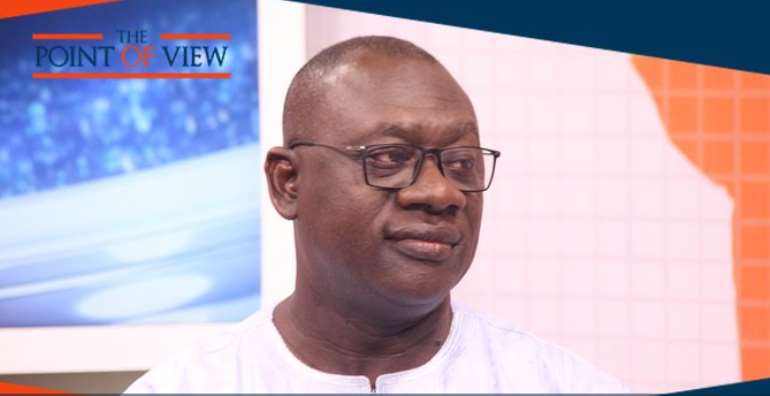 Deputy Minister for Local Governance and Rural Development, O.B. Amoah has expressed distaste at the Minority in Parliament’s reactions after the Bill for the amendment of Article 243(1) which would allow for the election of Municipal, Metropolitan and District Chief Executives (MMDCEs) was withdrawn from Parliament as directed by President Akufo-Addo.

The President, on Sunday, announced to the public his decision to cancel the referendum that was scheduled for December 17 over lack of “durable national consensus.”

He also instructed for the withdrawal of the MMDCE election Bill which was before Parliament.

On the back of this, the National Democratic Congress (NDC) in a statement, indicated that they were deeply concerned that the President decided to withdraw the MMDCEs' election Bill and suspended the controversial referendum.

But speaking on the Eyewitness News on Monday, the Deputy Local Governance Minister O.B. Amoah noted that the NDC had contradicted itself from the beginning and had no cause to complain now that Article 243(1) especially had been halted from being amended.

“In the first place, if you want to amend a non-entrenched provision in Parliament, you need two-thirds majority. We didn't even vote on it to have a two-thirds majority. So nobody should create the impression that 243(1) has been passed and then we were withdrawing it or we were not interested. We were advocating for 243(1) as far back as July 29th. The Minority said they were not interested. They said we should rather go for referendum before we talk about the amendment of 243(1) and then brought in other pre-conditions.”

“Then they brought in this referendum and said withdraw it or we are going to vote NO. So now that we have withdrawn it, what really is their headache? You say you want us to do something and we've done it so what is their problem? I don't understand it. I think people just want to argue for arguing sake. I think we are getting tired of this whole referendum argument,” he complained.

Barely 48 hours after Nana Akufo-Addo announced the cancellation of the December 17 referendum and the withdrawal of the Bill to amend Article 243(1), the main opposition National Democratic Congress (NDC) has rebuked the President for those decisions taken, describing them as 'misguided'.

But the NDC, in a statement signed by its General Secretary, Johnson Asiedu Nketia indicated that “The withdrawal of the Amendment Bill on Article 243(1) is completely unnecessary and brings into question the President's commitment to his campaign promise to make the position of MMDCEs elective. It is a violation of a key manifesto promise of the NPP and exposes the fact that President Akufo-Addo's much-touted pledge to make the position of MMDCEs elective has been a quid pro quo all along.”

The party further accused the NPP of betraying Ghanaians adding that, the withdrawal of the bills was a clear sign that the governing party was only interested in taking the citizenry for granted.

All these comments come on the back of their want for Article 243(1) to be amended for MMDCEs to be voted for and not appointed by the President, though they advocated for a NO vote for the referendum.

The party's flagbearer John Dramani Mahama had noted that an amendment to Article 243(1) of the constitution was more pressing than changes to district level elections and should be more focused on rather than the referendum.

The NDC has also described as hypocritical, the excuse given by President Nana Akufo-Addo for the cancellation of the December 17 national referendum.

The party is strongly convinced that the cancellation was politically motivated and not as a result of the seeming lack of broad consensus as the President claimed.

According to the NDC, although the suspension gives credence to arguments raised by the proponents of the 'NO Vote', the President's decision was however arrived at over fears that he would be ridiculed should the outcome of the referendum not go in his favour.