December 17 Referendum: A Victim Of Our Brand Of Politics In Ghana 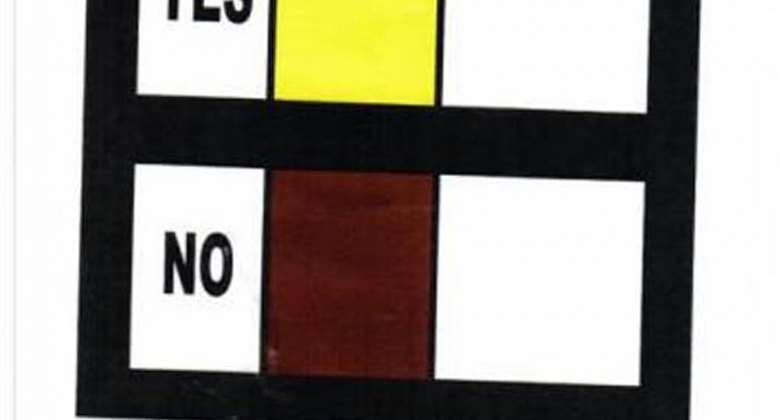 Politics at its height is about policy decisions in order to realise one thing; ensure a decent, quality and happy life for people in a geographical area. In Western democracy, the means for delivering on this state-citizen commitment has always been through a system of multi-party democracy. The winning party forms a government, be it at the local, regional or national level. The scheduled Referendum on December 17 (to inaugurate political party participation in district level election) has seen tremendous stakeholder opposition of late. At the moment, the ‘Independents’ have emerged and as if to ‘fire fight’ proposed that the Referendum be suspended altogether to allow for increased capacity building of Ghanaians on the subject matter. Well, that is the beauty of democracy.

The YES and NO arguments can be theorised as follows: The advocates of YES espoused the credentials of multi-party democracy and the need for Ghanaians to continue to walk the path in the spirit of the 1992 Constitution. This group of advocates can be described as the Idealists. The NO people (who can be called the Realists) tapped into the negative manner in which multi-party democracy is practised at the national level and argued the dire consequences should the door be opened for political party participation. The position of the two groups is akin to the preacherman telling his congregation about heavenly inheritance and the need to sow seeds for the spirit. But then the flesh sees things in a different light, it says to the spirit, ‘wait a minute, good as heaven is, the physical needs must be satisfied first on earth’. In effect, the flesh ‘fights’ against the spirit. No doubt, the advocates (of YES and NO) know that there is some level of truth in what the other party says. It is laudable to deepen multi-party democracy but the way we have practised it over the years is the problem. What happened?

The above points are anathema to building a prosperous nation. As to how well the needs of the people (which is the essence of governance) have been met by our multi-party system, is a question that must be answered one day.

Granted that the argument of the ‘Independents’ (that the Referendum be suspended) carries the day, we will face another problem. How long must it wait? Will anything ever change in partisan politics are the national level to warrant its second coming? Above all, are politicians prepared for any change at all?

Maybe when we opt for election of MMDCEs, we will have no choice but to re-do the following:

Perhaps, what will be different from our current decentralization system is that there will be popular agitation to remake the Ghanaian State bottom-up. The absolute power that the multi-party system wields at the national level (over decisions and resources) will eventually cave in.