Naah-Yerreh Writes: Why Ghana will not become the next 'Rwanda' in your lifetime 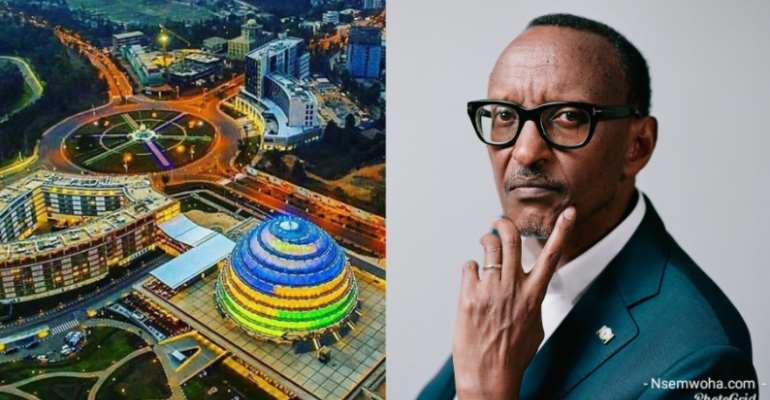 Here we are citing Paul Kagame's Rwanda again. The sudden turn of fortune for this nation which not so long ago was the stage for the perpetration of one of the most gruesome genocides the modern world has ever recorded. A divided nation that devoured itself from within, a million of its sons and daughters paved its streets, dead. With no end in sight as the International community watched on unconcerned, their knight in shinning armour came to the rescue.

Since then Paul has transformed the nation from one nursing its wounds to a globally admired yardstick of how rapid development looks like. But how did he do it that Ghana may never be able to emulate should we continue on the same trajectory as we are now?

AFTER CHAOS COMES THE CALM
Sometimes, when you're down the only way is up. The civil war really brought Rwanda to its knees. The horror, the madness, the massacre, the episcopal, regional and international community's hypocrisy and the immeasurable atrocities; yet at the end of it all was a nation willing to heal and more so willing to do what was necessary.

Kagame is seen as a hero figure in his country as he's credited with ending the genocide. Rwandans have found relative peace and economic development under his leadership after he rose from vice president to the highest office. Since there's no free meal, this came with a price or let's just say a sacrifice.

DEMOCRACY IS OVERRATED
To Rwandans, democracy is what Kagame says it is and not what America or the West says. They may have accepted this out of necessity but it certainly seems to be the right move, so far. Paul Collier said in his "book Wars, Guns and votes' that the ideal stage at which to democratize is when a society had reached a moderate level of development'. Somehow Kagame and Rwandans understood this concept even before Collier published his book in 2007.

Kagame enjoys over 90 percent of votes every election and an impeccable approval rating despite the usual rantings of the International community about his human rights record and suppression of political opponents. With the Kagame type of political system, you can focus on doing the actual work required to lift the masses out of poverty without the occasional distraction of the few ambitious opposition politicians. It's a trade-off and one Rwandans seem replete with.

A DIVIDED COUNTRY STUCK IN STAGNATION
Considering the points made above, it should immediately be evident why Ghana is unlikely to emulate same as the dynamics at play are entirely different.

Ghana is currently stuck in a loop, politically and developmentally. We haven't been through a genocide to give us a reason to unite in a common cause, rather we are more divided than ever by partisan, religious and ethnic allegiance, alliances and sentiments. We are proud of our democracy which is closest to the one envisioned by the West yet we have nothing to show for it.

Government after government, promises upon promises, term after term and the only thing we can boast of is peaceful elections. How many plates of rice does that translate into or how does that provide affordable housing, jobs, fix our infrastructure and how does that end corruption?, see the loop now?. The middle class keeps shrinking resulting from a high ratio of job losses.

For a bottom billion country like Ghana, absolute democracy is a sentence to eternal economic stagnation albeit in peace. Drastic economic growth would require a fearless leader calling the big shots and making tough decisions without the threat of losing the next election or a noisy opposition always crying foul and inciting discontentment within the populace. I'm by no means saying one is better than the other, it's a trade-off an entire nation must be willing to make, the effect of which must be accepted squarely.

So you're probably asking, what about another revolution? If there's a revolution or Ghana experience it's own 'Arab Spring' then our own Kagame could appear out of the lot and lead us to 'Rwandaland'. Tap tap!! wake up dreamer, that is a highly unlikely probability.

Ghanaians are generally non-violent, peace-loving and overly partisan. We could never agree to rise against an elected government for state capture, corruption or gross ineptitude. We'd rather debate it on radio and social media and wait patiently for the next story.